The High Court has ruled that the National Trust (NT) did not owe a duty of care to a tree surgeon carrying out works on a property they managed.

His case was that the duty included using reasonable care in selecting a competent contractor. The court rejected this argument and held that even if there had been such a duty, it had not been breached.

The decision confirms that an occupier is entitled to expect that a contractor will safeguard against risks associated with that contractor's vocation.

The NT managed gardens at Morden Hall Park in Surrey and regularly engaged a contractor (an individual called Joe Jackman) to carry out tree surgery from 2007. In December 2009, one of Jackman’s men (the claimant) was seriously injured when he fell 50 feet from a tree he was working on. Jackman’s insurance was unlikely to have covered his team of workers. The claimant has no memory of the fall, which left him a permanent paraplegic.

Issues before the court

The preliminary issues before the court were:

Was a duty owed by the defendant?

Statutory duty—the claimant was owed a duty by the NT, as a lawful visitor, that he would be reasonably safe using the premises for the purpose for which he was invited by the NT to be there. However, the claimant’s injuries were not caused by the condition of the premises but rather by his activity as a tree surgeon. As such, this was not a relevant duty.

Common law duty—the court relied on the three-stage test set down in Caparo Industries v Dickman [1990] 1 All ER 568. It was the claimant’s case that the NT had not taken reasonable care to see that Jackman and his work methods were competent and safe. In particular, the claimant relied on Bottomley v Todmorden Cricket Club [2003] EWCA Civ 1575, where the claimant was injured during a fireworks display and the defendant occupier was held liable as it failed to take reasonable care in its selection of a 'contractor' to conduct the dangerous fireworks display on its land.

The judge distinguished Bottomley on the basis that the circumstances of that case were highly unusual, particularly the extremely dangerous nature of the activity. The judge did not consider that tree felling was in the same league as pyrotechnics. Its hazardous nature did not impose on the NT a duty of care in the choice of its contractors to those contractors' employees.

The judge went further and determined that, even if such a duty did exist, the NT was not in breach of that duty, as its selection of the contractor was reasonable.

The judge did not find it necessary to decide the precise legal character of the relationship between the claimant and the contractor, Jackman, but considered it at least arguable that he was an employee. This was despite the fact that the claimant:

There was considerable debate at trial about whether Jackman's team were covered by Public Liability Insurance. Jackman had a valid certificate of insurance, which had been shown to the NT, but it only referred to Jackman himself and he had no employers’ liability insurance. The issue was not decided at trial or on appeal, as it was not strictly relevant to the case against the NT. Presumably without any appropriate insurance, Jackman would have been unable to satisfy what would have been a significant damages award and it is for this reason that the claimant was advised to pursue a claim against the NT. The claimant had not taken out his own insurance, as he assumed he would be covered by Jackman’s insurance.

For the detailed background to the case, as well as a summary of the facts, subscribers to Lexis®Library can view our case digest and the full judgment of the court.

This article was first published on Lexis®PSL Personal Injury on 26 February 2014. Click here for a free trial of Lexis®PSL. 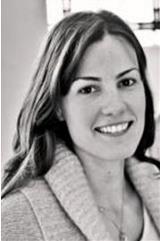