Why should you buy Sexual Offences: The New Law

Sexual Offences is a major work providing a clear, detailed and authoritative analysis of this complicated area of criminal law. It builds on the success of Sexual Offences: The New Law, which examined in detail the provisions of the Sexual Offences Act 2003. In contrast, this new work deals with all sexual offences along with related evidential provisions and provisions about sentencing and other consequences of conviction of special relevance to sex offenders. The preventative orders which can be made against those who pose a sexual risk are also examined in detail.

Full treatment of the recent changes to sexual offences law made by the Criminal Justice and Immigration Act 2008 has been incorporated in the text.

The full text of the Sentencing Guidelines Council's Definitive Guideline on the Sexual Offences Act 2003 is included.

View all books by Richard Card (1)

View all books by Michael Hirst (1)

View all books by Alisdair A. Gillespie (1) 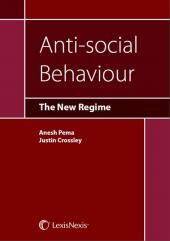