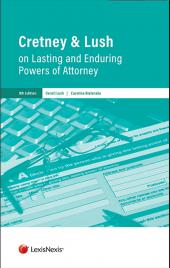 The 8th edition has been significantly updated and expanded and includes:

In April 1996 I was appointed as Master of the Court of Protection. My job title changed to Senior Judge when the Mental Capacity Act 2005 (MCA) was implemented in October 2007, and I retired in July 2016. During those 20 years at the court I adjudicated on issues relating to over 1,000 Enduring Powers of Attorney (EPAs) and over 5,000 Lasting Powers of Attorney (LPAs).

In addition to 30 years’ experience of dealing with powers of attorney, both as a practitioner and a judge, I have also been one of the authors of this book, but I have never made an EPA or LPA myself, and an explanation is both due and overdue. Read the full foreword...

I intend this to complement Denzil’s Foreword, which at first blush may appear to fly in the face of a book about enduring and lasting powers of attorney.

I have concerns about the path the Office of the Public Guardian (OPG) is travelling. The 2015 lasting power of attorney prescribed forms marked a sharp deviation in direction for the OPG: moving away from the Law Commission’s vision for the replacement to the enduring power regime. Read the full preface...

A venerable and highly respected work of reference
by Phillip Taylor MBE and Elizabeth Taylor
39 Essex Chambers newsletter
"a venerable and highly respected work of reference which remains ever up to date... the book is distinguished as a readable and accessible source of advice, not only for specialist practitioners, but for unrepresented parties as well... the definitive guide for private client practitioners, personal injury and family lawyers and financial advisers, as well as health and social services professionals... it is easy to read and easy to use... it covers this wide-ranging subject in precise detail."
It, rightly...
by Alex Ruck Keene
"...It, rightly, remains the standard work in its field..."
A ‘must have’
by LawSkills
Richmond Green Chambers
"The eighth edition of Cretney and Lush on Lasting and Enduring Powers of Attorney (‘LPAs and EPAs’) like the seventh edition published in 2013, will prove to be an invaluable tool for Practitioners specialising in this area of law. However, it is somewhat surprising in the foreword of this edition that Denzil Lush, one of the authors and well regarded retired senior judge of the Court of Protection, sets out why he has never made an EPA or LPA and prefers deputyships to powers of attorney. In terms of his experiences as a judge, he states ‘I have seen so much of the pathology associated with powers of attorney and the causes and effects when things go pear-shaped that I find it difficult to recall cases where powers have operated smoothly and to the credit of everyone involved’. Mr Lush’s co-author Caroline Bielenska raises her own concerns about the LPA regime particularly the watering down of the vital safeguards for the Donor and the OPG’s plan to move to full digitalisation. Both authors have valid points which I will revert to later in this review. Purpose of the book This edition, published in 2017, navigates the Practitioner through this difficult and developing area of the law and comprehensively highlights the latest developments such as the 2015 prescribed LPA forms, case law including capacity to revoke LPAs and EPAs and includes a new chapter on severance cases and an extended precedents chapter. Content This publication has been written to an excellent standard and reflects the expertise of the authors Denzil Lush and Caroline Bielenska, who are without doubt the UK’s leading experts on this area of the law. The chapters are extremely detailed and will greatly assist the practitioner in delivering advice to their clients on a day to day basis. Structure and Layout The book is divided into two parts. To begin with, the contents section of the book includes a detailed breakdown of the two parts which contain in total twenty-four chapters. Each chapter has sub-headings which make it easy for the reader to locate a particular topic within a subject. There are nine appendices which are really useful including forms, guidance and case reports. The contents section also includes a table of cases, table of statutes and statutory instruments that assist the Practitioner and make it easy to cross-reference. Part 1 of the book is entitled Lasting Powers of Attorney and begins with the history of EPAs and LPAs (Chapter 1) and the Practitioner gets a real flavour of how the system has developed over the years. Chapter 2 sets out the differences in a useful table between EPAs and LPAs. The rest of Part 1 deals with capacity, creation and registration of LPAs with good reference to statute and case law and guidance on potential pitfalls of the LPA process including the difficulties in practice of replacement attorneys and highlights the watering down of the vital safeguard of certificate provider by the 2015 Prescribed Forms. There are very useful sections on the execution (Chapter 6) and registration process of LPAs (Chapter 7). Practitioners will find that the precedent chapter has been extended (Chapter 15). This chapter will prove to be very effective when preparing LPAs, ensuring that the Practitioner uses the correct wording within the documents to reflect the Donor’s wishes, while complying with the law to avoid possible severance of clauses by the Court. Part II deals with Enduring Powers of Attorney from creation to registration with particular attention given to how an EPA can be revoked, disclaimed or terminated (Chapter 20). There is a very useful chapter on private international law (Chapter 24) which considers the Hague Convention on the International Protection of Adults. The Appendices are really useful particularly the new additions to this edition at Appendix H which set out the decisions made by the Court and Appendix I which includes the Law Society Practice Notes. Tools This publication like the seventh edition will prove to be an invaluable authority for the Practitioner who advises on this area of the law. The book covers in great deal every area of the EPA and LPA process and the law behind it. Clarity and Readability This is a very comprehensive book which is written in an informative and clear way with good reference to the LPA and EPA regimes, law and statute Relevance to Practitioners Even though Denzil Lush lacks confidence in the LPA system, and there are without doubt areas that could be improved to make Attorneys more accountable, such as an annual accounting system to the OPG and an equivalent surety bond system for Attorneys to align with a deputyship – what is clear from the book is that the Donor from the start of the LPA process should choose the right Attorney, who he or she trusts. Additionally, I was also glad to discover that Caroline Bielenska is a fan of LPAs for Health and Welfare. As a Practitioner dealing with this area of the law on a daily basis, I have seen first-hand how these documents can make a real difference to clients’ lives. In conclusion, this is a ‘must have’ for all those Practitioners advising on EPAs and LPAs."

View all books by Denzil Lush (2)

View all books by Caroline Bielanska (2) 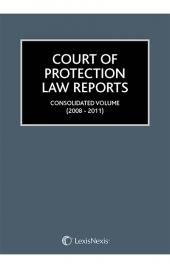 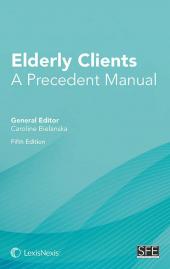 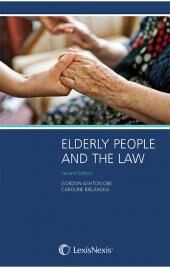