A practical guide to the legal and regulatory framework within which charities operate and its impact on their governance
by Con Alexander (Author)
Publisher: Jordan Publishing 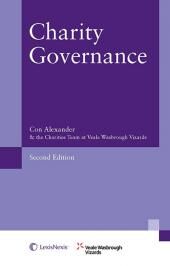 Why should you buy Charity Governance Second edition

The legal and regulatory landscape in which charities operate has seen significant changes since the first edition of Charity Governance was published. This new edition builds on the previous edition, bringing it fully up to date in terms of legislation affecting charities and policy and guidance of the Charity Commission and other regulators.

Key features of the new edition include:

Head of Charities and a Partner, Veale Wasbrough Vizards

View all books by Con Alexander (2)