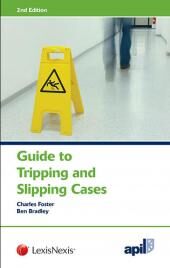 Why you should buy APIL Guide to Tripping and Slipping Cases

Tripping and slipping cases form a large part of the typical personal injury lawyer's practice. Not all cases are straightforward; many involve complex questions of law.

The APIL Guide to Tripping and Slipping Cases is a one-stop text. It covers all the legal disciplines that can come into play in a tripping or slipping case - Local Government, Landlord and Tenant, Occupier's Liability, Highways, Health and Safety at Work, and so on. It gives detailed guidance on the applicable law, procedure and practice. It has a big library of precedents, from checklists and letters through to Statements of Case. Most of the relevant guidelines are included as appendices, and the facts and principles of the key cases (often contained in inaccessible law reports) are distilled into case summaries.

This new edition has been revised to include the following developments:

In some ways, not much has happened in the world of tripping and slipping since the publication of the first edition of this book (in APIL form) back in 2010.

But what has happened has had significant consequences for personal injury practitioners – both those acting for claimants and those acting for defendants. Any highway action founded in the tort of nuisance is now all but dead. The scope of the section 58 Defence has been defined further in the cases of Wilkinson v City of York and AC v Devon County Council. The National Code of Practice (Well Maintained Highways) briefly reared its head as a potential benchmark against which to judge highways authorities, but quickly went off the radar. Read the full preface... 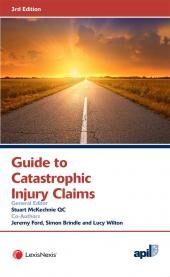