Fresh examination of directors' duties in light of codification under the Companies Act 2006, explaining the role of directors within the corporate governance process.
by Professor Andrew Keay (Author)
Publisher: Jordan Publishing 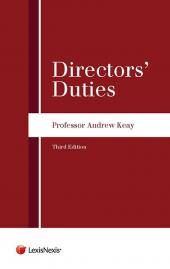 Why should you buy Directors' Duties

Directors' Duties provides an analysis of the general duties of directors contained in Chapter 2, Part 10 of the Companies Act 2006. This new edition seeks to address case law and other developments as well as including some discussion of recent academic scholarship. The work has been thoroughly updated with some chapters significantly revised and expanded to include:

Since the first edition was published, not long after all the provisions in the Companies Act 2006 dealing with the general duties had been put into force, there was little case-law that was available on the provisions that facilitated interpretation of the provisions, although we did have, of course, existing case-law that had been decided on the previous common law rules and equitable principles. Notwithstanding the fact that some of the codified duties have been in operation for in excess of nine years we still do not have a huge corpus of case-law on any provisions, and little on some provisions. Nevertheless, we have seen since the publication of the second edition of this book several important cases and some interesting debate and discussion concerning the interpretation and application of the provisions. This edition seeks to address those cases and the discussion that has been forthcoming as well including some discussion or mention of, where relevant, recent academic scholarship. Read the full preface... 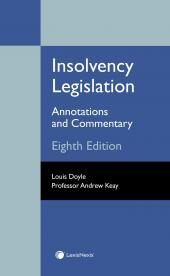