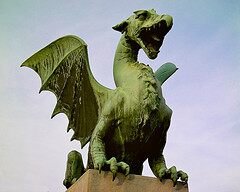 Directive 2001/29 (the InfoSoc Directive) provides for member states to implement various copyright exceptions. This case concerns the exception that allows personal copying for private use which means that such copying would not be deemed copyright infringement. Exceptions must comply with the ‘three step test’ contained in the InfoSoc Directive. Simply put that means they must only apply in special cases, must not conflict with the normal exploitation of the copyright work and must not unreasonably prejudice the legitimate interests of copyright owners.

Member states who introduce exceptions are required to provide for the payment of ‘fair compensation’ to copyright holders to compensate them for use of their protected works.

ACI Adam and others imported and manufactured devices (such as blank CDs) used for reproducing copyright works. They are obliged, under the ‘fair compensation’ requirements, to pay a private copying levy to Stichting de Thusiskopie, a Dutch collecting society. The levy was set at a rate that took into account harm suffered as a result of reproductions made from both lawful and (more eye catchingly) unlawful sources.

The key question was whether the levy should have included the unlawful element.

What did the CJEU decide?

Unsurprisingly, perhaps, the CJEU ruled that in the interests of maintaining a fair balance between the rights and interests of authors and users, the levy may not take unlawful reproductions into account.

What is the position on private copying in the UK?

The draft Copyright and Rights in Performances (Personal Copies for Private Use) Regulations 2014 introduces a new exception to copyright—personal copying for private use. The commencement date for the Regulations is 1 June 2014 although due to continuing lobbying for amendments to the accompanying explanatory memorandum and guidance, there has been some suggestion that this commencement date might not be met.

The exception will apply to all types of copyright works (other than a computer program) and will allow limited personal copying by individual consumers, who:

There is a contract override provision—to the extent that any term of a contract seeks to prevent or restrict the making of a personal copy in accordance with this exception, that term will be unenforceable. For further information on this and other prospective copyright exceptions, see our Practice Note: Copyright works—permitted acts and defences.

Unlike the Netherlands, the UK government does not plan to introduce an accompanying levy system, as provided for in the InfoSoc Directive, to compensate rightsholders. However fair compensation and the levy system is referred to extensively throughout ACI Adam (paras [47]–[66]) and in the Padawan case (C-467/08 Padawan Sociedad General de Autores y Editores de Espana (SGAE) v Padawan SL (Entidad de Gestion de Derechs de los Productores Audiovisuales (EGEDA) and others intervening)) so this position may be open to future challenge. Alternatively, we may see less use of or a phasing out of levies in other member states.

There has been wide spread commentary suggesting that the Game of Thrones season 4 premiere: ‘Two Swords,’ is likely to be widely pirated via downloads from illegal sources. ACI Adam, although dealing primarily with the issue of fair compensation, has clarified that Dutch law was out of step with the InfoSoc Directive, requiring remedy. Consequently, any Dutch fans, planning to update themselves on how large Daenerys Targaryen’s three dragons have grown, via an illegal download, will no longer benefit from a private copying exception that does not distinguish between reproduction for private use from lawful or unlawful sources.