Professor Elaine Kempson’s review of Insolvency Practitioner fees published yesterday paves the way for uncertainty as to what reforms may come the profession’s way in the near future. Some of her criticisms are justifiable in some cases (particularly the tendency to over review cases, which in itself is brought about by regulation and risk management, as well as charging for items which solicitors treat as an overhead charge). However, there seems to me to be an under estimating of the cost of pursuing nil asset cases, the investigations and write offs, which are funded by a regulated profession in many cases and serve public policy.
Professor Kempson’s sensible suggestion that HMRC and the RPB get together and think about how they can implement better fee oversight is welcome, they represent the taxpayer after all and should surely use their power to benefit creditors as a whole as well as the taxpayers they represent. It is something that has been much suggested but resisted in the past on resource grounds. The fact remains that the power of the unsecured creditor is there and unexercised. If it will truly make such a difference to returns in reduced fees, then how can anyone suggest that HMRC and the RPB will not have the resource to undertake it (save the arcane funding rules of government).Two more valid points which come out of the report are that the Enterprise Act killed off the lively creditors’ meeting as unsecured creditors feel they have little influence and that if attending a creditors’ meeting at all, the main reason to do so is where the creditor suspects the directors of dishonesty.The Insolvency Rules review is suggesting no live section 98 meetings also, which will surely leave creditors feeling arguably more disenfranchised.Professor Kempson echoes the OFT report, stating that banks manage to negotiate lower fees from IPs. However dealing with numerous unsecured creditors with, as she accepts, little understanding of the procedure, as well as very probably more difficult matters such as agreeing claims or pursuing antecedent transactions which generally come later in the procedure, often when the bank has already been paid in full, can be more expensive. At the outset the bank is merely exercising its financial muscle. HMRC could do likewise in a majority of cases.Professor Kempson’s suggestions to improve fee oversight are:

I doubt anyone would disagree that creditors reports and information provided is too much and too complicated and simplification would be welcomed across the board, perhaps with the more detailed information being available on a web link for creditors who wish to receive more detail. Competitive tenders will be unworkable in many cases.

In personal insolvency I do not see that it would be difficult to produce a short internet video explaining the costs and how they are incurred, as well as a leaflet in relation to bankruptcy costs. This could easily be put on the Insolvency Service website. A leaflet which petitioners have to send to the debtor to read at the time of service of the Petition would perhaps be better than information after the order is made. Having to watch the information video or certifying you have read the costs leaflet before being able to petition for your own bankruptcy would be a sensible precaution.

The bankruptcy petition threshold hasn’t risen since 1986 as Professor Kempson and many other commentators have pointed out, and clearly should increase, I would suggest to £3000.

I would welcome the suggestion that the Crown Creditors more actively participate in fee oversight.

I hope that HMRC and the RPB step up to the mark and participate more as the PPF seems to manage to do already. Funding could come as Professor Kempson suggests from money which otherwise reverts to HMT.

Two worrying recommendations regarding official fee oversight as in Scotland, or paid creditor representatives as in the Austrian model fail to take into account that those countries are small and the numbers therefore very different. Court or other independent oversight would require a great deal of cost expenditure in England & Wales. Proper costs reviews take up considerable court time. Paid creditor representatives would very likely be the same few intermediaries who already act in many cases and would add a layer of cost for creditors whilst reducing competitiveness in my view. Whilst mediation or adjudication sounds attractive how can it replace the majority vote? How can a complex case be properly reviewed at low cost? By whom and paid for by whom? Creditors can already with a relatively low level of interest (10% of value) ask the court to review the fees if they wish to. If they cannot raise that much interest why should they be permitted to cost either the IP or the other creditors money in reviewing fees voted for by the majority. 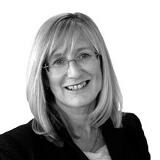