Cross-border divorce after Brexit – the end of ‘forum shopping’

Cross-border divorce after Brexit – the end of ‘forum shopping’

Daniel Eames discusses the key changes to cross-border divorce post-Brexit, and the critical considerations for couples embarking on the divorce process.

Couples deciding to get divorced in the post-Brexit era are finding an unfamiliar legal landscape when it comes to UK/EU cross-border family affairs: as of 1 January 2021 the laws have changed and EU laws affecting family proceedings no longer apply to the UK. These changes not only have implications for couples where one party is British and the other an EU national: for example, a French couple living in the UK would also have a choice of two jurisdictions, as would a British national living in the EU.

Taking the uncertain step to divorce is not easy. The new rules affect how decisions that are made in one country are recognised and enforced in another. This applies to cases in England and Wales regarding divorce, matters relating to children (including on child abduction), and child maintenance. A client making these moves needs to ensure that they are getting the best advice on the latest UK/EU legal requirements that will impact them and their family.

Up until 31 December 2020, EU regulations applied to all family cases and determined whether divorces and related financial claims could be issued in England. This provided a degree of certainty when advising clients but meant that if proceedings were issued in England first, this would give priority to the English proceedings throughout the EU (save for Denmark in certain circumstances). It also prevented a client’s ability to challenge and/or protect against the jurisdiction of the English courts. At 11pm on 31 December 2020 this all changed, and EU law ceased to apply to new cases brought before the English (and Welsh) courts.

From 1 January 2021 the position is less clear-cut, and it is possible to avoid the English court system, which is generally seen as the most generous jurisdiction in the world for the weaker financial party on divorce/separation.

Where one or more of the parties are non-UK nationals or are resident outside of England, then in the event of a divorce and/or related financial claims being issued in England, it is open to the party who wishes to protect their wealth to a) issue proceedings in another country and b) to argue that the English proceedings should be stayed (stopped) in favour of foreign proceedings.

‘Forum conveniens’ test – the end of ‘forum shopping’ as we know it?

In the event of competing proceedings, the English court will apply a ‘forum conveniens’ test to determine the most appropriate court. If it decides that it would be more fitting for the proceedings to be dealt with in a foreign court, then the English proceedings will be stayed in favour of those foreign proceedings. This has the potential to stop ‘forum shopping’; in the past where an applicant had little connection with England, they were able to take advantage of EU regulations to achieve a better financial outcome there than would have been possible in the country which had a stronger connection with their marriage.

Future planning can now decisively affect the balance of the forum conveniens test. Previously, a nuptial agreement which provided in advance that the parties’ divorce be dealt with in a particular EU member state would not have been effective. Today, if, say, two French nationals agree that a future divorce would be dealt with in France, this is likely to be given great weight in any forum dispute, and is likely to lead to the English court staying its divorce proceedings if they were issued after 31 December 2020. This simply was not possible before 1 January 2021 if the proceedings had been issued in England first.

What about financial maintenance claims?

‘Maintenance’ in this scenario is not just monthly payments, but can include capital lump sums or property orders, provided such orders are for the purpose of meeting ‘needs’. In England ‘needs’ are generously interpreted, and effectively, in high-value cases, ‘maintaining’ can even apply to an opulent lifestyle if that was the standard of living during the marriage. As a result, a mechanism which means that the English courts can be prevented from making maintenance orders is extremely valuable.

Whilst an election in favour of England is no longer binding on the other EU member state and it would not have to stop its proceedings for maintenance in favour of English proceedings, this is not really an issue because if one has assets to protect, one would never voluntarily elect for the English courts. If the parties elect in future that another EU member state has jurisdiction to deal with any maintenance claim, then this would be a) binding in all EU member states and b) likely to be decisive in any forum dispute in England and Wales as explained above.

The failure of all parties to agree to the inclusion of the Lugano Convention (which provides for the recognition and enforcement of maintenance orders between the EU and EFTA states) as part of Brexit negotiations means that cross-border family law has become even more complex. Divorce litigation and the related child and spousal maintenance have been impacted hugely, in particular due to the EU Maintenance Regulation no longer applying in respect to jurisdiction for maintenance claims arising from divorce. This is likely to lead to additional financial and emotional burdens for families seeking to divorce.

The broader implications for international couples with one partner from the UK and the other from within the EU are significant and should be considered carefully by a specialist divorce lawyer to ensure interests and assets are protected.

Domicile, expats and where to file

A new risk for those seeking to protect their assets on divorce/ separation, and which has arisen as a result of the EU regulations no longer applying, is that it was previously not possible to bring a maintenance claim in England if you were relying on one party’s sole domicile as a basis for jurisdiction.

Domicile is a tricky legal concept and is not necessarily akin to nationality – but in simple terms, most British expats are likely to retain their English domicile even when working abroad. If they are living outside of England and married to a non-UK national, wealthy expats are now at risk of the non-UK national spouse bringing a maintenance claim in England and taking advantage of the English court’s generous financial provision.

It is therefore essential that expats have nuptial agreements which elect for their divorces and any connected maintenance claims to be dealt with in a court which is not in England.

If the expat is not living in England and is married to a non-UK national, it is highly likely that such an agreement would prevent the English court taking jurisdiction.

In summary, the removal of EU regulations from English law provides a planning opportunity for those who wish to protect their private wealth which only existed partially before: nuptial agreements are an essential weapon in this armoury. Without an agreement, it is now less difficult for the weaker financial party to bring financial claims in England and Wales. Whilst this can be challenged more easily, it comes at great potential expense, something which could be avoided with the right initial expert advice.

Daniel Eames is head of the family team at Michelmores

Will children ever be listened to?
Research & legal analysis | 5 min read 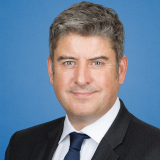 Daniel Eames, head of the family team at Michelmores