The triangle is the least consequential instrument in the school orchestra. The tool for the last one picked. A way to include everyone and to exclude no-one. It is a means to fulfil a benign and thoroughly unobjectionable ambition that everyone can play if they want to.

However, based on my school days, I have come to believe that it had a rather more insidious purpose. Aged nine, and loving music but without a hint of talent or of my potential, I was the triangle player and I ticked a box for the school.

I ticked the box that says everyone who wants to be in the orchestra can be in the orchestra. It was not however a benign tick. This tick allowed the teachers to focus only on kids already identified as talented, and simply to tolerate me in the least distracting way possible for them. It cut off my route to have any of their care and attention, and it excused them from all responsibility to nurture me.

Inevitably, when it was so boring and so unfulfilling, I asked to leave the orchestra. There was no soul-searching required from the school, they had fulfilled their brief. Instead a note was sent home about how disappointed the school was in me. I was never given an opportunity to play anything ever again.

I see now that the school had created a system and a policy that effectively excluded me in plain sight, but it had done so in such a way that the school was absolved from any responsibility or guilt for excluding me. How unkind is that? I do not say it was the intention, but it was the effect, and unkindness is felt by the recipient just the same.

I wonder, who are the triangle players in your business?

Who are the people who hope for your care and attention to thrive, but who leave, or fail slowly? Do they leave, or fail slowly, in part because of your benign inclusion policies and your well-intended diversity practices? Do those policies and practices serve mostly to absolve you from your guilt and not to truly make a difference for those who need you to care about them.

If you have a disappointingly wide gender pay divide, or if people of colour or from non-traditional backgrounds, are disproportionately  under-represented in your senior roles, but at the same time you can stack your diversity and inclusion initiatives sky high, then two things are likely. Your policies and initiatives are working harder to make you feel better, than they are to fix the problem you say you want to fix.

I believe you when you say you want to change the world. I do not criticise your intention. However, if your policies have not changed the world, when are you going to change your policies?

The little boy, aged nine, was proud to be the triangle player at first. He wanted so much to be part of the orchestra, to fit in and to help make a wonderful sound. Instead he saw that he was never truly part of anything. The forced tolerance of his modest efforts hurt more than any outright rejection.

The invisible walls that perpetuate the status quo do more harm than any obvious barrier to change. Whether intended or not, the invisible walls serve to make the powerful feel good about themselves. They do not help the disadvantaged become powerful.

Worse than this, the invisible walls deny those who are disadvantaged the chance to even feel aggrieved. You are here, aren’t you? You have the laws and policies you asked for, don’t you? What more do you want?

How extraordinarily cruel is that?

Why is advancing the rule of law so important?
Future of Law | 4 min read 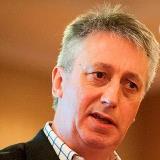 Paul is Chief Executive at LBC Wise Counsel, a business he founded in 2000 working predominantly with in-house legal teams and General Counsel around the world.

His focus is on impactful one-to-one mentoring, career counselling, supporting the strategic purpose and operational efficiency of in-house teams, and on designing and delivering residential skills development and leadership programmes.

Before LBC Wise Counsel, Paul qualified as a solicitor in the UK in 1987 and was an in-house lawyer for 12 years including as General Counsel to two UK financial services companies.

Paul has lectured in the US, South Africa and across Europe. He has written six books and published over 150 articles. He was for ten years a Trustee of LawWorks and has been a Law Society Council member representing the in-house sector.