The future of work 2025: AI, automation and the legal profession

The future of work 2025: AI, automation and the legal profession

Without a doubt, tech innovation investment is accelerating at an alarming pace, with legal tech offerings starting to shape the way lawyers work, and new innovative tools popping up the world over.

What happens if we take a step back, and look further afield? What is the future of the workplace? More importantly, how will our job roles be affected by these changes? I'm not a robot

PWC research stated that 37% of workers were worried about the possibility of losing their jobs due to automation. The question, however, is not really whether jobs will be lost in the future, yet more how individual tasks will be affected, and how job roles will change.

The future of the workplace is one where humans and machines will work alongside one another. Some manual, and repetitive tasks from structured working environments will certainly be transitioned to machines and recent analysis by McKinsey has predicted that roughly half of the activities carried out by workers could be automated.

All is not lost, however. Many of the reallocated tasks will likely be those that you probably would rather leave and get on with more ‘human’ tasks, such as dealing with clients, and using your judgement and problem-solving skills to solve issues.

Job categories that are likely to be the least affected by new technologies will include those involved in managing a team, who provide specialist expertise, or deal with stakeholders.

History has proven that technology is more likely to create jobs than diminish them. For example, advances in personal computers in the 1970s and 80s led to opportunities in semiconductor developments, in software, app development, customer services and IT support.

AI and machine-learning are expected to positively contribute to economic growth in many instances across industries: 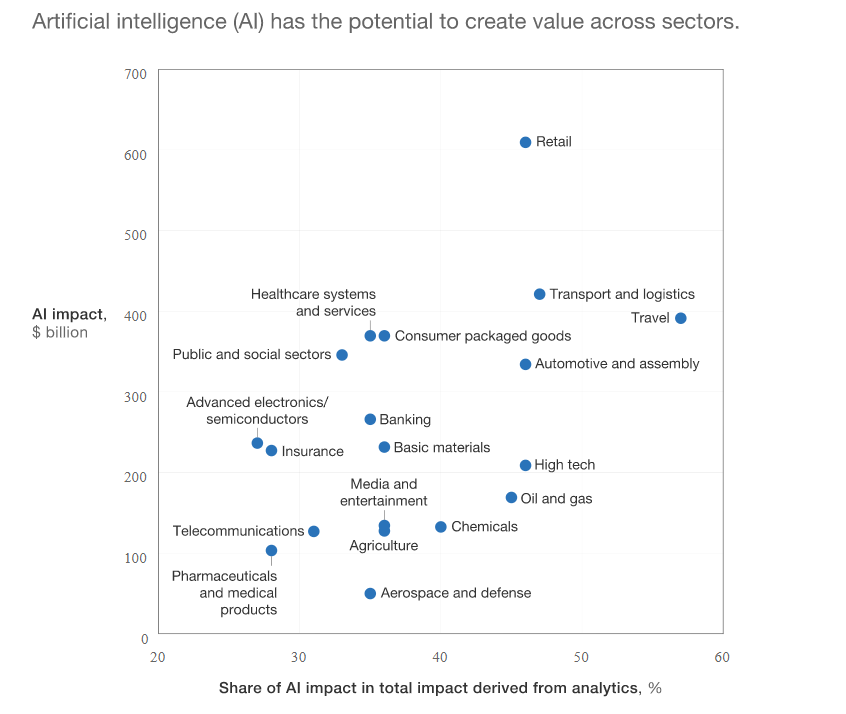 We have already seen evidence of this in real-life terms. When retailer Amazon installed the latest generation of robots in its warehouses, employees who previously would have taken those tasks became robot operators instead. Resolving issues and monitoring progress of the automated arms – the ‘human’ element of the role which simply cannot be fulfilled by a robot.

The future of work

Workers in 2025 and beyond will need to move in conjunction with automation rather that against it. The most probable future of work is one where tasks shift frequently. Therefore, understanding the key skills needed to work with the machines and automated processes will also be essential for thriving in the new workplace.

The demand for advanced technological skills, such as programming, will increase without question. That said so will the need more complex human skills, such as emotional intelligence, adaptability, people management skills, information processing and social skills.

The key question for lawyers and businesses alike is perhaps how to adapt automated processes to make machines work for them.

Most lawyers evidently fall into the category of being the kind of worker than AI and automation will not displace. Considering the ways in which tasks and workflows can be streamlined by technology, and having lawyers play a part in designing how this looks, could be where the real industry value lies for new developments.