As news of Facebook’s dramatic decision to remove all news content from its Australian feeds ricocheted around the world in mid-February, local observers wondered whether the country’s competition regulator and its lawmakers had overplayed their hand. When, just days later, Facebook announced that it would reverse its decision and return news to Australian users, speculation turned to whether the government had caved in to pressure and allowed the social-media platform to emerge victorious.

Attentive MLex subscribers would not have engaged in such speculation. Since our Australian team began reporting on the government’s ambitious Digital Platforms Inquiry at the end of 2017, it has been clear that the wave of regulation taking shape in Canberra provides a more nuanced picture than national speculation might allow for.

Put simply: The regulatory legacy of the Digital Platforms Inquiry has been one of pain and concern for the platforms.

The most headline-grabbing development — in large part due to the interest of media publishers who are set to benefit from the new law — has been the drafting of legislation to force both Facebook and Google to pay news publishers for the use of their journalism.

Australia’s bold experiment has caught the attention of media publishers around the world, whose attention must regularly turn to how to reverse — or even just postpone — the industry’s demise. But the news-bargaining code — while perhaps the most globally significant piece of legislation to stem from the inquiry so far — is just one small part of a regulatory onslaught that, as our reporting suggests, poses a real challenge to Facebook and Google.

The 18-month inquiry has also spawned significant enforcement action targeting the platforms with revamped consumer laws that can inflict significant damage on even the world’s most robust balance sheets. The Australian Competition & Consumer Commission’s campaign of lawsuits targeting Facebook and Google are also significant because they home in on two of the Digital Platforms Inquiry’s key concerns: so-called killer acquisitions and the competitive implications of platforms’ control of large datasets. In addition, there are the privacy-related links to the consumer-driven lawsuits that seek to redress allegations that Google and Facebook’s users have been misled by the companies’ disclosures over how they collect and use data.

The inquiry has also seeped through to the ACCC’s management of merger and acquisition reviews. For example, its serious concerns about Google’s now completed acquisition of smartwatch maker Fitbit and its ongoing probe into Facebook’s move on Giphy both contain echoes of the inquiry’s final report, which placed the control of data and the impact that can have on a market at the center of its antitrust concerns.

The take-home message of all this is that Australia’s bold experiment in regulating Big Tech has placed the policymaking of a nation with a population of just 25 million people at the heart of international debate, as regulators tighten their focus on the world’s largest companies.

We trust that you will enjoy reading this report and find it a useful guide to a complex, evolving issue. The reporting here is a brief example of the insight and predictive analysis that MLex brings subscribers every day.

How are in-house and private practice different?
In-house | 7 min read 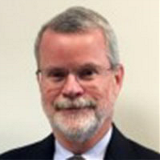 David is a longtime veteran of Dow Jones and worked for them in the U.S., Europe and Asia, serving as senior news editor for Dow Jones Newswires in Asia and later editor of the Far Eastern Economic Review. He was also deputy director of the Journalism and Media Studies Centre at The University of Hong Kong. He helped found Global Asia, a quarterly journal on international affairs, in 2006 and led a team that founded the Jakarta Globe newspaper in 2008. He has been in Asia since 1994.

David received a BA from the University of California at Berkeley and an MA and Ph.D. from Harvard University.