Companies and their advisers will be pleased to hear that there are not a huge number of new rules and regulations to get to grips with this AGM season compared to 2014. Hot topics for 2015 include:

This Market Tracker Trend Report looks at the key issues to be considered at the annual general meeting in 2015 and also summarises the changes to the rules on interim management statements and the new requirements for companies in extractive industries to report on payments to governments. Finally, we take a look at the EU legislation on mandatory auditor rotation that will apply beyond the 2015 season. 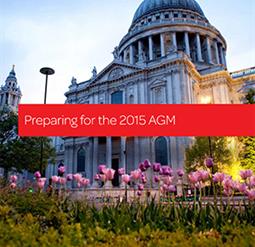