Making the most of your in-house legal skills – an interactive Q&A with Megan Bawden, Telefónica

Making the most of your in-house legal skills – an interactive Q&A with Megan Bawden, Telefónica

Megan Bowden, Business Manager to Telefónica’s CFO joined our recent Aspire professional development and networking forum which was facilitated by Sophie Gould, Head of In-house, LexisNexis, to share career lessons she’s learned from her legal and non-legal roles, and transitioning between the two.

Megan grew up and was educated in New Zealand, where she completed a law degree. Through a summer internship, she secured a role at one of New Zealand’s largest firms and studied her ‘professionals’ part time over six months. She spent two years in the firm’s corporate team – known to have a broader scope than UK corporate teams.

Following in the footsteps of many other young lawyers from New Zealand, she moved to the UK, originally on a 2 year working holiday plan, and joined the legal team at O2, initially in the contracts team before moving on to a more advisory role.

At the same time, she was experiencing familiar frustrations with a legal career– the impact on her social life and free time. Like many of us, her initial instinct was that staying in law was still easier than changing careers, but when an opportunity for a secondment into a business non-legal department came up, she took it.

Of particular relevance was the fact that the role was in a team she had supported from the legal side, so the people and subject matter were familiar and the role was supervised by an individual known for supporting and developing their people.

When that secondment ended, Megan had the option to return to the legal department or to take up a role working in the finance and strategy department as business manager to CFO. She chose the latter.

As junior lawyers focus on honing their legal skills, it can be hard to think beyond this and consider secondments or developing other career opportunities.

Megan’s advice is that, whilst there’s no ‘right time’ to think about shifting your career, it’s best to get some experience under your belt and get established in your team. But, be open to opportunities as and when they arise – you can’t necessarily plan for this.

Legal experience as an asset, even outside law

You might wonder how your legal experience can be transferred to a new role.

Megan’s experience shows that being a lawyer teaches you to look at and analyse things in a particular way – lawyers will often see risks first, which is a valuable skill. In commercial role, however, you also need to be able to step back and see the bigger picture.

Being part of an in-house team can have some very practical advantages, too. For example, while in the legal team at O2, Megan was exposed to some big projects and this gave her the opportunity to build support and wider networks across the business.

This could be a double-edged sword – the way in which a legal team and its members are perceived can have an impact when you’re seeking to make career moves both internally and externally.

Can you ever go back?

Megan hasn’t completely ruled out a return to law; as a lawyer you have an identifiable role and career path, which is appealing. This isn’t quite as clear cut outside law.

Secondments could make you a better lawyer

Megan says that, should return to a legal role, she would take with her a wider understanding of the business and its strategy and operations. Previously, she was more narrowly focused on the purely legal parts of a contract rather than providing a more holistic view. Now, she would be able to provide the legal context and an opinion on the wider commercial and strategic picture.

She would also be able to draw on a deeper understanding of the financial aspects of the business – something lawyers often shy away from.

Megan has learned to adapt to working in different teams and with different people, and the resulting variety in ways of doing things. Such shifts can be challenging, but it’s important to remember that you are learning new skills and practices, all of which are valuable.

You need to build your personal brand as unfortunately you can’t just rely on being a good lawyer – though technical skills and attention to detail are also crucial.

Megan either put herself forward for or was propelled into different projects over and above her day job – it’s important to harness these opportunities and get noticed. Make an effort to show how interested and engaged you are by asking questions. These activities also help you to network around the business, and understand it better.

And don’t forget – bring a positive attitude to work and be a motivating influence on your colleagues. 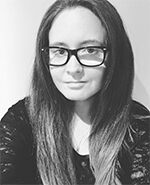 Lauren Fairservice is a paralegal in the LexisPSL In-house, Compliance and Practice Management Group.

Prior to joining LexisNexis in May 2016, Lauren spent a year in-house at ClientEarth, helping to coordinate their climate litigation work and two years in the IP Litigation team at Bristows LLP. She holds the GDL and LPC, as well as an MSc in Environment & Development and a degree in Geography.