When you work in-house for a company with global reach and global responsibilities, it offers unique opportunities. Ambassadors for Good is a volunteering project that offers employees of Anglo American and De Beers Group the chance to use their skills to help the communities that need them most worldwide. It started in 2018 in the UK and South Africa and will go on to deliver projects in Canada and Brazil this year.

We spoke to members of the Anglo American legal team – Cecilia Ferreira (Principal Legal Counsel), Jonathan Hoch (Head of Legal: Commercial), and Andrew Donovan (Head of Legal: De Beers North) – about the project. We explored what it  means to them and how legal teams can give back, as well as how it helped them build relationships and gain vital understanding of other teams across the business, as well as establish contacts on the ground in other jurisdictions.

Tell us more about the Ambassadors for Good project and how it supported you as a legal team to develop the rule of law in Southern Africa.

“The Ambassadors for Good programme is about having a positive influence in the various communities where we operate,” said Jonathan Hoch. “One of the issues I'm very passionate about is the importance of rule of law and its role in terms of making a difference in the jurisdictions where we find our most challenging operational environments.”

“We operate in several jurisdictions in Southern Africa and we realised we could use our position and our group as a platform to help an organisation like the ILBF – the International Law Book Facility,” continued Jonathan. “We reached out to colleagues in various jurisdictions to help us make connections to see who we could identify as potential beneficiaries to make applications to the ILBF.”

Cecilia Ferreira added: “After receiving applications – generally from developing nations, where the rule of law can be improved – the ILBF collects legal literature from law firms and universities

SRA reforms 2019: What is changing and how can you prepare?
Future of Law | 4 min read 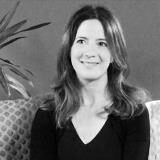 Lucy is the Market Development Director for our in-house community. Lucy worked as a lawyer in private practice for 10 years, specialising in Private Equity and Competition Law, most recently at Linklaters LLP, including a 6-month secondment to the in-house legal team at the Princes Trust.

Lucy is responsible for the market strategy and overall product portfolio for LexisNexis' in-house customers, working to capture and analyse deep market insight to deliver tailored products that enable in-house teams to deliver value to their businesses.