This article covers Marie Manley's synopsis of the European Court of Justice's landmark and contrary decision around documents judgments.

Life Sciences analysis: The Court of Justice landmark decision did not follow the Advocate General’s opinion but instead maintained the General Court’s ruling and dismissed the appeals in the related access to documents judgments.

This upholds a string of judgments on third party access to documents maintaining that there is not a general presumption of confidentiality over documents containing clinical and preclinical data provided to the European Medicines Agency to support a marketing authorisation application.

Certain commercially confidential information may be protected by exception if the interested party can show that the disclosure will cause it harm. The decision strengthens Regulation 1049/2001 (the Transparency Regulation) and prepares for the incoming new clinical trials regulatory regime.

What are the practical implications of these cases?

In its judgments on third party access to documents, the Court of Justice of the European Union found that there is not a general presumption of confidentiality over documents containing clinical and preclinical data provided to the European Medicines Agency (EMA) to support a marketing authorisation (MA) application. However, the Court of Justice indicated that certain information may be protected if the interested party can show that the disclosure will cause it harm.

These judgments have the effect of giving wide discretion to the EMA to assess what constitutes a ‘reasonably foreseeable’ risk that the information disclosed will harm the interests of the company. Indeed, the Court of Justice re-emphasised that the Regulation 1049/2001 (the Transparency Regulation) provides a broad right of access to documents held by the EU institutions, although there are exceptions to that right (such as information that qualifies as ‘commercially confidential information’ (CCI)). Those exceptions must be ‘interpreted and applied strictly’ and are subject to limitations based on an overriding public (or private) interest.

However, the Court of Justice has not excluded that documents such as clinical study reports or toxicology test reports could contain information which, if disclosed, would harm the commercial interests of a company. It is for the owner of the data to identify ‘concrete and reasonably foreseeable risks’, not ‘purely hypothetical’ ones, that the disclosure of unpublished data would harm the commercial interests of the company.

By way of reminder, in both cases, which have been managed and heard together given the common legal matter, the claimants had been challenging the approach of the EMA to disclosure requests. The two cases concerned on the one hand, a clinical study report (CSR) submitted for the MA application for PTC’s Translarna, an ultra-orphan drug, and on the other five preclinical, toxicology study reports relating to MSD’s veterinary medicine Bravecto, respectively.

The issues arose when third party companies submitted requests to the EMA for the provision of these documents. Following the EMA’s decisions to disclose the documents, PTC and MSD filed annulment actions at the General Court accompanied by interim order proceedings to prevent the disclosure of the documents until the main proceedings were determined.

It is important to keep in mind that the Court of Justice has come under intense pressure to support the EMA’s approach to a broad disclosure of documents in line with the decisions of the Ombudsman. Following AG Hogan’s Opinion delivered on 11 September 2019, which was in favour of protecting certain types of documents such as CCI, an open letter signed by over 30 organisations supporting openness in the drug approval process (including Germany's health technology assessment body IQWiG and advocacy group European Public Health Alliance) has cautioned against ‘watering down’ the transparency policy and instead permitting public access to clinical study reports. This is in line with the upcoming entry into force of Regulation (EU) 536/2014 (the Clinical Trial Regulation), which contains provisions for more transparency on clinical trial data. For a detailed discussion of the opinions, please see News Analysis: Crucial development on the presumption of confidentiality in the access to document saga (PTC Therapeutics v EMA and MSD Animal Health Innovation, Intervet v EMA). The Court of Justice, basing part of its judgment on the ClientEarth v Commission (Case C‑57/16 P) judgment, dismissed the appeals and found that:

Marie Manley is a partner and Zina Chatzidimitriadou is an associate at Sidley Austin LLP. If you have any questions about membership of LexisPSL’s Case Analysis Expert Panels, please contact caseanalysis@lexisnexis.co.uk. 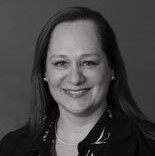