Legal news roundup: What will be the long-term impact on the environment as we emerge from the COVID-19 lockdown?

Legal news roundup: What will be the long-term impact on the environment as we emerge from the COVID-19 lockdown?

As shops and businesses across the retail, travel and hospitality sectors are starting to reopen, both across the UK and globally, the world is starting to adapt to a ‘new normal’ living with coronavirus.

With all the new restrictions in place, businesses have had to rethink strategies, operations and their long-term futures over recent months. Governments all over the world have been helping businesses in different ways; here is a roundup of actions which have had positive or negative environmental consequences, when they were implemented due to the lockdown period, and as a response to the ever-presence of coronavirus in society, going forward.

In the US, coronavirus prompted the Trump administration to introduce temporary measures to boost economic activity which would allow businesses to ‘circumvent environmental reviews’, according to an article by the Financial Times.  In particular, the president wished to ‘speed up construction of highway or pipeline projects’, so that infrastructure projects could be continued without being subject to the usual environmental reviews. Furthermore, the US EPA (Environmental Protection Agency) loosened fuel economy standards for cars during this time.

These moves, with the aim of keeping businesses afloat during the crisis, are often temporary, however they may have long-term environmental impacts. Meanwhile, the French government offered similar relief to the aerospace industry, in particular, through a £13bn rescue plan that will ‘preserve hundreds of thousands of jobs’, according to an article by The Guardian. However, this government bailout in France does come with what some have termed ‘green strings’ - including terms to commit the airlines affected to increased ‘investment in alternative technologies such as electric and hydrogen planes’. The bailouts to certain airlines in France also included a commitment to reducing domestic routes, especially where another mode of transport, such as train, is readily available.

As for the EU generally, there is potential for more widespread future legal enforcement of environmentally friendly behaviour. According to an article by Reuters, the EU Commission is looking to reach a deal this year on a law proposed back in March that would make its climate targets binding. This would include cutting ‘net greenhouse gas emissions to zero by 2050’. This could have long-term legal implications for those who breach the EU climate targets in future, and potentially also those who make plans that involve infrastructure or business proceedings that will obviously be in breach of the targets. However, it is yet to be seen if this will be made law.

Over in the UK, Britain passed a landmark two months in June without burning coal for power generation, according to the BBC. Although a great milestone for the UK, it remains to be seen what further action the UK can take to reduce its environmental impact. On Wednesday, some steps towards progress were taken when the Chancellor Rishi Sunak announced a £3 billion programme that will allow homeowners to claim vouchers up to a limit for improving the energy efficiency of their homes, and public sector buildings, such as through insulation.

Various long-term changes appear to be emerging from governments and legal systems worldwide as the world emerges from lockdown. We might even see long-term changes to the legal system, such as the digitalisation of court cases continuing beyond the timeframe of the pandemic. Small changes to our systems like this might in turn have positive effects for the environment - because the steady progression of our court systems, paperwork, and documentation towards digital versions could end up in complete digitalisation, in some cases and courts.

What is the legal impact of a green recovery from Covid-19?
In-House | 5 min read 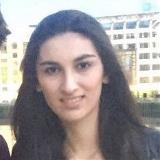