Kent Dreadon; how flexible working can create a more efficient and engaged team

Kent Dreadon; how flexible working can create a more efficient and engaged team 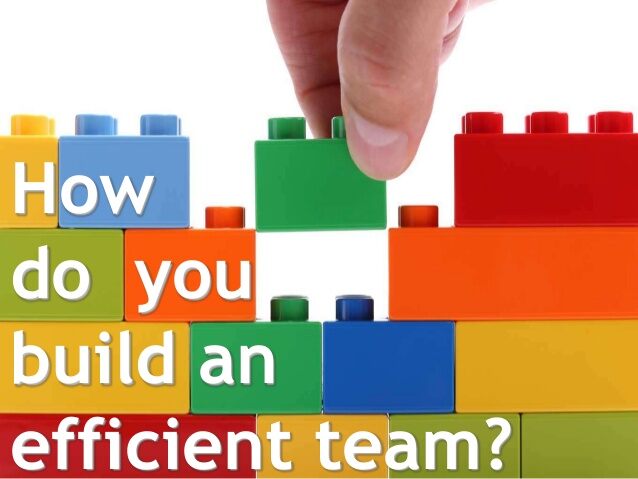 Improving efficiency is one of the biggest challenges facing in-house legal teams, but it’s not just about cutting costs. We talk to Kent Dreadon, previously Deputy General Counsel and Head of Legal at Telefónica UK Limited (which operates under the O2 brand in the UK) and now Group General Counsel at Ascential, about the pressure to save costs and how flexible working can create a more efficient and engaged team.

Talk us through the cost savings that you have achieved…

Across 2013 and 2014 we managed to reduce our external spend by around £2.9 million. This represented over 60% of our total spend. Even to us, that was quite startling. We hadn’t really made reducing external spend a huge focus. And throughout that period, we still had some significant work going on, so it wasn’t as if the savings were simply due to a lack of work.

There also wasn’t a huge drive in the business at that time to cut legal costs. To put it in perspective, internal and external legal costs are a tiny drop in a big ocean at O2. We were encouraged to manage the team effectively, but it’s not a business that feels it has to skimp on the annual legal spend. Our budget goes down a little bit each year but it’s not too bad.

How did you reduce your external spend?

Various things happened to drive cost savings. Most of these were deliberate but not necessarily a result of coordinated thinking. We have moved to a model over a period of years where we don’t have a formal panel as such. We have a loose group of firms that we tend to work with more than others. Most of our work, if not all, is competitively tendered but in a fairly informal way rather than a formal, beauty parade.

When we get a piece of work we try to break it down into stages. We ask firms to provide us with capped fee proposals for the different phases of the work and spend time making sure we’ve got assumptions aligned. We might go back to the firms two or three times. That competitive pressure naturally drives down the cost. Over time, the firms get to know the way we go about the process and they’ve got better internally at quoting for work and in doing our work efficiently and within caps.

You’ve said that your legal costs are a small part of the budget. How did you did you push your success at cost saving upwards?

Obviously we have an obligation to manage costs effectively and it reflects well on us if we do. We’ve been at pains to make sure that our CEO and CFO are aware every six months of where our internal and external spend is at and which parts of the business are carrying the costs.

We had a good story to tell based on the numbers and it shows we’re doing a good job of managing our team and external firms on the financial side. But if you’ve just done that and actually in terms of substantive work your team isn’t delivering results, then you’re not going to get a pat on the back! You need to be doing both and showing that you’re doing both.

What part has your team played in improving costs and efficiency?

A huge part. The team is definitely a stronger team than when I joined. We’ve built that strength over time. We’re focused on recruiting the best talent we can get our hands on and the lawyers who join us tend to be really bright and able junior lawyers from top private practice firms, but not always – we keep an open mind! We can’t promise amazing financial rewards, but they want to do good work and develop. If you give them high quality, challenging work they’re not scared by it. If you create a culture of autonomy and independence coupled with support, then lawyers feel encouraged to tackle the bigger matters. These are generally well trained, driven individuals who want to succeed.

The way we’ve structured the teams is really important. We’re set up so that most teams essentially have a dotted line to a director that they support. This means that their understanding of what is going on in that part of the business is that much better. They see the work as it evolves. The relationships are really strong and this gives them the ability to influence much more quickly. That really helps with efficiency.

We want people in the team to develop and we encourage them to move around our internal legal teams. It’s a brilliant way of building knowledge of different areas of the business. They get a better understanding of the way the business works, create strong relationships and networks, and they can perform their jobs much more quickly and effectively.

The team has been involved with some difficult and key issues in the business. As a result, they’ve earned respect and are regarded as a high-performing team. Our team members are performing well in talent programs across the business. We have some really bright young people. We are now even starting to see instances where people are being successful at taking on roles outside of legal in the wider business. So the team is being seen as a generator of talent with a wider potential application in the business.

How do you ensure that your team understand that importance of commerciality?

A lot of lawyers lack a commercial, common sense approach. You get too caught up in the detail and the technical nature of everything – our training and personalities are partly to blame for that. When it comes to recruiting, we try to get the best and brightest people we can. We don’t care whether they’ve got a telecoms background or not. I prefer people who are a bit malleable, have a broad mind and who are able to work outside their comfort zone. When you get them in an environment and culture where they are motivated, interested and driven, the rest will come – they just get it.

How has flexible working become part of the culture of your team?

In order to take some of the pressure off the buildings, the company moved to an approach where flexible working was encouraged. However, it was more like an edict and the rules generated some angst. In legal, we decided to trial fully flexible working with a small group in the team. It was scary for us as managers because we were pushing the boundaries. Would people act in the right way? Would we get increased engagement? Would it help us to recruit good people?

We have to manage it in a certain way. The one rule we have is that your team manager and PA should know where you are at all times. There are some instances, for example team meetings, where we still need everybody to be there. Our sub-teams often organise a day or two each week where they’re all in the same place at the same time. There is more efficiency based on time ordinarily spent commuting. There’s also the intangible engagement element where hopefully people feel good about the company, their jobs, and the responsibilities they’ve been given. In terms of engagement scores, we’re consistently one of the top two highest units across the business.

I’ve never had a phone call from a director questioning why they can’t get hold of someone. We’ve not dropped any balls as a result of someone not being tied to their office desk. We encourage people to make the right judgement calls about when they’re in the office, what meetings they attend, and how they manage their clients. Ultimately, if you make bad judgment calls then your clients won’t give you good feedback and it will flow through to your performance review. If someone isn’t doing their work then it will quickly become apparent to their team leader.

People taking advantage of flexible working is not too much of a concern for me. If you’ve recruited people who have performed to a high level all through their lives, then they will want to continue to do well. They are being measured against clear and matter specific objectives each year so if they have influenced and resolved those matters and got good feedback then they’ve done a great job. It doesn’t matter how many hours they spent doing it or where they did it.

A large proportion of the business is working, if not fully flexibly, in a very mobile way. That is the culture within the organisation. I don’t think it’s unique to us – in this day and age, it’s an increasing reality in most companies.