General Counsel 2015 poll results: how ready are GCs for a turbulent future?

General Counsel 2015 poll results: how ready are GCs for a turbulent future? 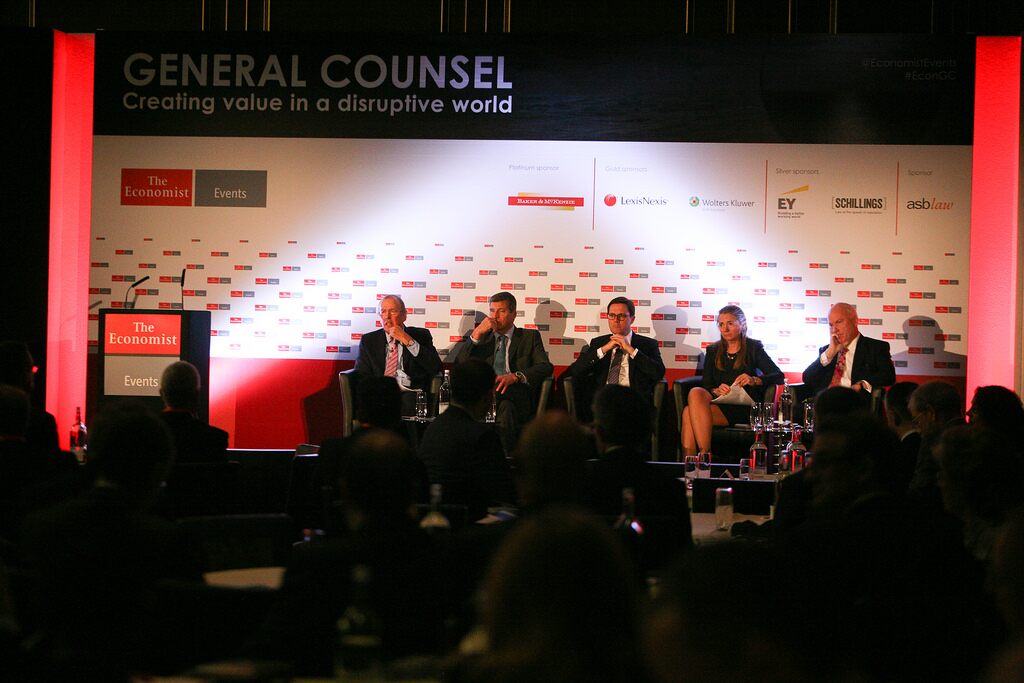 In October, The Economist held its General Counsel 2015 conference on the theme of Creating Value in a Disruptive World. LexisNexis sponsored the delegates poll, which discovered their views on the risks faced by in-house lawyers in today’s rapidly changing business climate. What are the most challenging issues for GCs in the next few years and are they ready to deal with them?

What are the top priorities for the coming year?

38% of delegates polled said that meeting regulatory/compliance requirements was their top priority for 2016. Improving operational efficiency (19%) and generating business revenue (14%) were also highlighted, reflecting the pressure on GCs to do more with less when delivering value to the business.

What are the top risks to business?

The responses here had a distinctly global focus. 43% of GCs highlighted a global recession as the top risk, followed by a slowdown in emerging markets (24%) and Britain’s potential exit from Europe (20%). 10% of those polled specifically mentioned a slowdown in China’s economy as a threat.

What are the top opportunities for businesses?

Not surprisingly, GCs see opportunities on the flipside of risks. 43% believed that a recovery in developed markets presents the greatest opportunity. All eyes are on the African continent too, with an emerging market there being flagged by 28% of respondents. Never far from talk about opportunity, potential expansion in the Chinese market also got a significant mention (17%).

How prepared are GCs for responding to a data breach?

Breaches of company data represent a significant threat to a business. If GCs are well-prepared for dealing with a breach then the impact (and panic) can be minimised. Of the delegates polled, only 8% said they were very prepared to deal with this threat and 44% were fairly prepared. A hefty 48% said they were either fairly or very unprepared for a breach – even though it’s a case of not if, but when it will happen.

Can a business be fully compliant without being ethical?

The pressure on businesses to act ethically and to promote an ethical culture is increasing. 65% of delegates felt that you cannot be fully compliant without being ethical. This suggests compliance obligations are encouraging businesses to take ethical behaviours seriously. However, 35% of delegates still either strongly or slightly agreed that a business can be fully compliant without being ethical.

Which non-traditional roles are currently being developed in legal teams?

As legal teams get more involved in the wider business, their skill sets must also expand. Learning and development roles were highlighted as a key area of growth by 48% of delegates. This was closely followed by knowledge management (36%) and operations roles (30%).

Which technology trends pose the biggest opportunities and risks?

No analysis of the legal industry can ignore this question. Technology has the potential to both disrupt and enable a business and the legal function. 55% of respondents said that artificial intelligence and machine learning present the biggest opportunity. Interestingly, 55% of delegates also highlighted it as their biggest risk. Whilst AI has a positive impact on streamlining processes, a fall in demand for lawyers could be a knock-on effect.

In other areas, smart contracts were identified as an opportunity by 31% of delegates and 10% thought that on-demand/crowdsourcing could have significant benefits.

How prepared are GCs and their businesses for the disruption faced in the next 3-5 years?

Overall, less than a third (27%) of delegates felt they were well-prepared for future disruption in the industry. 59% were of the view that they are either partly prepared or not prepared at all. 14% said that they would be the ones creating the disruption – a bold and confident statement showing that some GCs are ready to take the bull by the horns!

The key takeaway for delegates was the pressing need to harness the disruption caused by rapid change in order to benefit from it. Delivering value to a business is central to the success of an in-house legal team. In today’s environment they need to innovate and think broadly to stay ahead. If lawyers and businesses can learn anything from the Scouts to survive the next few years, it’s this: Be Prepared.