It was always going to be a challenge for Epic Games to win its high-stakes antitrust court battle against Apple, but the iPhone maker’s qualified victory this month will still have brought sighs of relief.

Epic — maker of the hit game Fortnite — wanted to open up Apple’s iOS operating system to alternative app stores and bypass its in-app payment mechanism that collects its 30 percent commission fee. Apple’s broad lines of defense were that it doesn’t run a monopoly through its operating system, and that security and privacy benefits justify its App Store policies.

After weeks of California court drama in May, the judgment dropped on Sept. 10, and it largely validated Apple’s arguments. But not wholly: It was ordered to remove rules that stop developers advertising alternative payment methods within their apps as well as rules that stop them reaching out to their customers outside of the App Store.

It’s unclear at this stage exactly what impact that will have on Apple’s revenues. But the case has become a symbol of the 21st century’s struggle to use antitrust law to bring Big Tech to heel.

A bipartisan group of US legislators is ramping up a push for pending bills that could unwind the market power of Apple and rival Google, and legislative challenges are developing in Korea, Europe, Japan and elsewhere.

This MLex Special Report was first published in May with exclusive blow-by-blow coverage of the trial, and it is now updated to feature detailed commentary on the fallout from the ruling and the possible broader impact on Big Tech. 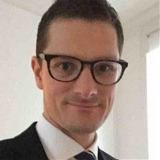 Lewis leads MLex’s editorial strategy,
content direction, quality and development.
He has a reputation for breaking stories
and providing analysis on complex legal
disputes before regulators and courts
around the globe. He has also developed
MLex’s unrivalled coverage of competition
policy, litigation, regulation, Brexit and
international investigations. A graduate
of Oxford University, Lewis worked in
academia at the Charles University in
Prague prior to becoming a journalist.