In association with Iain Larkins from Radius Law, we discuss:

The Government has confirmed that, subject to Parliamentary approval, new Regulations will come into force on 6 April obliging large private and publicly quoted companies to make annual climate-related disclosures. Detailed information is included in the Consultation Response available on the Government website.

A smart legal contract is a legally binding contract, which some or all of the obligations are recorded in and/or performed automatically by a computer program.

The Law Commission has acknowledged that there will be some obstacles to navigate with deeds which must be witnessed and attested and determining jurisdiction and applicable law – so recommends that express choice of law and jurisdiction clauses are included.

In responding to concerns about interpreting coded terms, the Law Commission has stated that the appropriate legal test is ‘what a person with knowledge and understanding of code would understand the coded term to mean’.

Appendix 3 of the Law Commission Paper helpfully includes a non-exhaustive list of issues that parties may wish to address in their smart legal contracts.

The meaning of ‘all reasonable endeavours’.

Contracts will often state whether a party is to use ‘reasonable’ or ‘best endeavours’ to do something.

It is commonly understood that a ‘reasonable endeavours’ obligation will be discharged if one reasonable path is taken, whereas ‘best endeavours’ requires all reasonable actions to be exhausted, even if that means sacrificing a party’s own commercial interests.

The judge found that the defendant had not met this obligation even when, conceptually, this may have involved a commercial sacrifice on its part.

There has been a recent flurry of data protection fines or notice of fines.

The case of Lloyd v Google3 concerned a ‘opt-out’ representative claim class action for Google’s alleged tracking of users' internet activity without their consent.  The claim sought a uniform sum on behalf of over 4 million Apple iPhone users.  The claim was brought under the old Data Protection Act 1998 and the Supreme Court determined that this law does not provide a right to compensation without evidence of material damage or distress.  Also, as the wrongful use and damage or distress caused may differ from person to person, the claim as formulated would not meet the ‘same interest’ requirement for representative claims.

Unfortunately, the Supreme Court focused exclusively on the old Data Protection Act 1998, so the position under current data protection law has not been definitively resolved

At the end of November, the ICO published its Opinion on ‘Data protection and privacy expectations for online advertising proposals’. This is a continuation of the ICO’s broader adtech and real-time bidding (‘RTB’) report.  RTB is the process where web adverts are sold at the ‘blink of an eye’ based on the user profile.

The opinion has a tone of frustration of the lack of progress since the ICO first expressed privacy concerns about the adtech sector in mid-2019 when it stated that it considered all current real time bidding practices to be non-compliant with GDPR.

The ICO notes some of the industry’s proposals aimed at improving user choice and users’ ability to express preferences with online tracking but does not seem satisfied that any of them have been successful.

It also mentions Google’s Privacy Sandbox – a proposal to move away from tracking cookies but notes that none of these proposals are fully developed yet.

The Opinion states the principles which the Commissioner expects any adtech solution to meet to comply with data protection:

This new guidance aims to assist marketers and agencies with interpreting the rules concerning environment-related advertising issues and provides a general overview of the principles underpinning the ASA's rules more generally.

To change contracts of employment some employers have resorted to fire and rehire tactics, which involves terminating an employee’s contract of employment and subsequently offering alternative terms of employment (often less favourable).

Acas has now published advice to employers, which warns against the practice of fire and rehire and encourages them to consider the following to make changes to contracts of employment:

SMEs can claim back sick pay from Government

To support businesses during the recent surge in coronavirus cases, the Government is reintroducing the Statutory Sick Pay Rebate Scheme. The previous scheme ended on 30 September 2021.

This means small and medium sized businesses with fewer than 250 employees can seek reimbursement for Statutory Sick Pay for up to two weeks where staff have been off sick due to a coronavirus related absence occurring from 21 December 2021 onwards.

The Chartered Institute of Personnel and Development (CIPD) has, on behalf of the government’s flexible working taskforce, published new practical guidance on hybrid working. The guidance covers areas as varied as recruitment, health and safety, and ensuring policies and practices are inclusive and fair.

A recent Court of Appeal decision4 has highlighted some key issues for any business which uses software developed by employees.

The employer claimed that it was the owner of software that had been developed by the employee because it was mostly created in the course of his employment and any earlier software was assigned to it by an agreement between the parties in 2008.

Whilst the employer was ultimately successful, the court case caused it much disruption and unrecoverable costs spanning over three years.  The employee’s key argument was that if the intention of the contract had been to capture software that was partly developed before his employment and outside normal working hours it would have been much clearer on this point.

See: Court of Appeal ruling on ownership of copyright in software created in 'personal time'

Ruling on dismissing a disabled employee

A recent Employment Appeal Tribunal (EAT)5 ruling concerned a disabled employee who following a two-year long period of sickness absence, was dismissed on the grounds of ill-health capability. The employer considered that the dismissal was a proportionate means of achieving the legitimate aim of the efficient running of the department, but the EAT ruled that before resorting to a dismissal employers must consider other less discriminatory measures. In this case, for example, it was not clear why the employer was unable to appoint a temporary replacement for the Claimant.

It had generally been understood that for the purposes of calculating whether an employer has complied with national minimum wage (‘NMW’) that it is the net pay after the employee has paid for items required for the work such as a compulsory staff uniform, but the EAT has ruled in a recent case6 that it is the net pay after any expenditure ‘in connection with employment’.  In this case the employee, a mini-cab driver, purchased an optional uniform and at his choice hired a car from a company connected to the employer rather than using his own car.  The EAT ruled that his wage after these optional costs must meet or exceed the NMW. 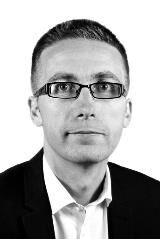