In association with Iain Larkins from Radius Law, we discuss:

On the 31st January the UK left the European Union.  The transitional period however means that nothing will really change until 31st December.

There is still scant detail on what will happen after the 31st December, but the Government has published its policy statement for a new points-based immigration system, which is expected to take effect from 1 January 2021. Employers that engage EU workers will need a sponsor licence – so we recommend applying now, as bottlenecks will be inevitable.  Also, note that engaging low skilled EU nationals will be particularly difficult - so businesses that have relied on cheap labour from the EU are advised to make contingency plans now.

Last year we reported on the Bates v Post Office case which stated that good faith is likely to be implied into ‘relational contracts’ and listed the characteristics of such contracts e.g. the contract being mutually intended for the long term. Two recent court decisions however seem to have restricted the scope for good faith to be implied. In Russel v Cartright a joint venture partner claimed that his fellow partners had breached an implied duty of good faith by not disclosing a new project to him during negotiations about his exit.  The court however refused to imply a duty of good faith stating that it would only be implied when it was obvious to a reasonable reader of the contract, or essential for the contract to work properly.  A similar decision was reached in another case when an operator of an oil field claimed a breach of a duty of good faith when it was terminated. We recommend that parties expressly state in the contract whether they will or won’t agree to act in good faith.

Whilst Courts are often quick to strike out unreasonable restrictions on former employees, a recent Court of Appeal decision has shown that the Courts are less likely to interfere with restrictions in a shareholder agreement, particularly when there are agreed between experienced commercial parties.  In this case the Court of Appeal rebuked an employee-shareholder’s claim that a 12-month restriction after the disposal of shares was unenforceable even if there could be a considerable delay between the termination of employment and the disposal of his shares.

Who are the parties to a contract?

It is often assumed that only the named parties to a contract can enforce it, but this may not be the case.  A recent court decision has shown that, unless specifically stated otherwise, if it’s known that one of the named parties is acting on the instructions of another party then that party is likely to have rights to enforce the terms of the contract.  Even in cases where such a relationship is not obvious the unnamed party may still have contractual rights. To avoid this risk, we recommend including ‘no agency’ and/or no ‘undisclosed principal’ provisions in the contract.

Age-appropriate design: a code of practice for online services

The UK Data Regulator (ICO) has finalised its code of practice for on-line services that are likely to be accessed by children. The code makes specific recommendations such as avoiding ‘nudge techniques’ – techniques to encourage children to disclose unnecessary personal data or to weaken privacy controls. The code has been criticised for defining a child as anyone under 18 which departs from other marketing laws including the GDPR which opt for a younger age.  It also fails to provide a specific definition of ‘likely to be accessed by children’.

The ICO has also published the draft code of practice for direct marketing which is an update on the existing code. There is nothing startling about the changes which are mostly to reflect new law and new marketing techniques.  Adtech is the hot topic for marketeers – the tools used to analyse and manage information for online advertising campaigns.  Despite earlier hopes of the advertising industry self-regulating, the ICO’s recent blog says that it anticipates it will need to take formal action. The ICO is particularly concerned that genuine consent for non-essential cookies is not being obtained and, instead, most websites still seem to rely on implied consents with banners stating ‘By continuing to use this website, you consent to our use of cookies’.

In Hungary, the Data Protection regulator has fined two companies for accessing employee emails accounts. On one occasion this was after an employee had left the business and on another because the employee was absent.  The Hungarian data regulator acknowledged the need for the employers to access the emails but warned that they must first have an appropriate privacy policy.

For further information, see Practice Note: Monitoring staff, IT and communications systems in the workplace

A recent registered design case has proven that too much detail in a registered design may limit its scope.  In this case a registered design for a baby bath was submitted as a CAD drawing which was a grey-blue colour to highlight contrast and shape of the design, but the Judge decided that the registration was therefore limited to blue baths and said that if the applicant had wanted to register the shape of the bath it should have provided a line drawing or rendered it in monochrome shades of grey.

Meanwhile in a trademark case, the red Babybel cheese shape mark has been invalidated because it was insufficiently represented, particularly as it did not specify the tone of red that it sought protection. The decision reflects a current trend to impose stricter registration requirements on ‘non-conventional’ trademarks’ (such as shape marks).

The following changes will apply from the 6th April 2020:

A welcome but belated announcement from the HMRC in February stated that the new off-payroll rules apply only to work completed on or after 6 April – so, effectively, a one-month postponement. The new rules make medium and large-sized end users (rather than individuals) responsible for determining whether PAYE and NICs should be paid for relevant contractors. New guidance has been published on the Government website.

ACAS has published new guidance on the use of non-disclosure agreements. The guidance confirms NDAs cannot be used to stop anyone whistleblowing or reporting a crime to the police and recommends that they should not be used:

The Employment Appeal Tribunal10 has ruled that the dismissal of an employee who disclosed salary details of a senior employee that he had accidently found on a photocopier was unfair. This decision is a reminder that salary details will not be treated as confidential information unless there is clear wording in the employee's contract to this effect.

The Government and ACAS have published guidance about managing Coronavirus issues in the workplace on their websites.  Useful information including videos are also available on the World Health Organisation’s website. 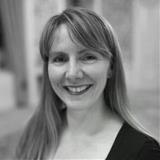