Beyond compliance: 5 key considerations to achieving a genuinely compliant culture

Beyond compliance: 5 key considerations to achieving a genuinely compliant culture 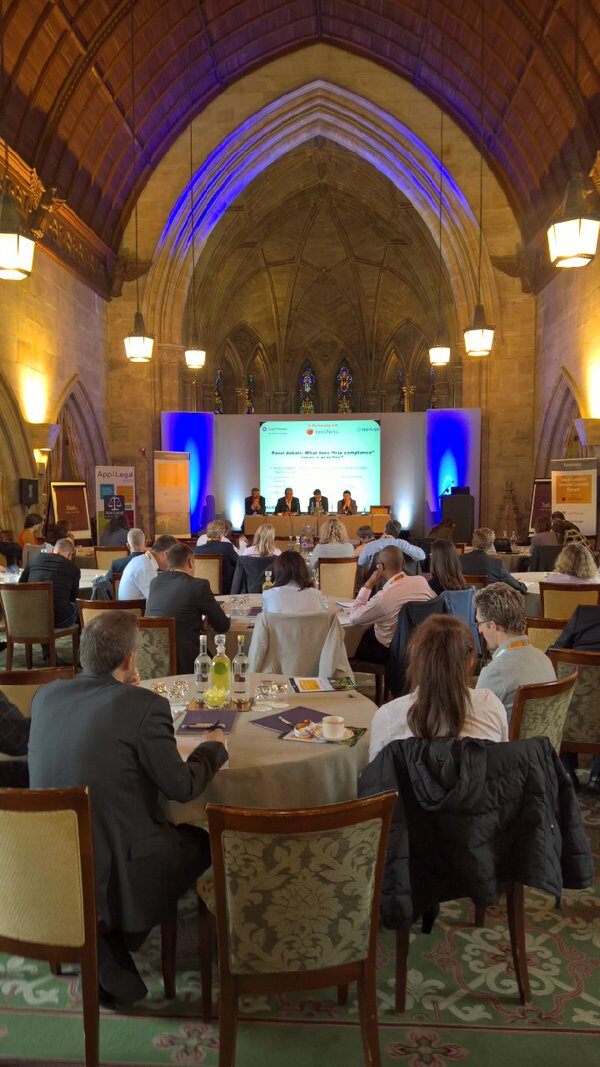 Compliance. If the word doesn’t set your heart racing, the consequences of getting it wrong certainly will, as the attendees of this year’s Legal Leaders General Counsel (GC) Forum were inclined to agree.

The conference, brought in partnership with LexisNexis, saw around 50 senior legal counsel come together to consider issues including what the GC’s role is or ought to be in delivering and maintaining a compliant business; how to achieve buy-in across an organisation; and the perennial challenge of stakeholder management.

These themes will be looked at in some detail in a series of blogs over the coming weeks but here are the headline takeaways from what turned out to be a day and a half of truly fascinating and insightful discussions.

A decision making framework is a must

While compliance may look different across diverse businesses and sectors, a good decision making process and framework is non-negotiable.

Peter Neville Lewis, founder of Principled Consulting and one of a four-strong panel considering what ethical compliance means in practice, said: “At the core of getting things right is good decision making. You must ask what decision making framework you have in place in your business. I have never heard a completely satisfactory answer. People can’t articulate how they make decisions.”

Agreeing with him was fellow panel member Iain Larkins, a director at Radius Law who was previously general counsel and chief compliance officer at Mercedes Benz, who added: “A few years ago I was a non-executive of a housing board where someone would raise a motion and the results were recorded. It was so much more effective that everyone was put on the spot and it produced a better decision making process.”

We all know about KYC but how about KYB? Knowing your own organisation is key to deciding the most appropriate methods for delivering compliance – there is no one size fits all. At ASOS, a fashion brand with a young work force, general counsel and company secretary Andrew Magowan said: “I wouldn’t set up our own compliance department, no-one would talk to them.” But he added: “Compliance is buried in lots of different parts of the business.”

Being aware of and playing to cultural differences is key and GE, in just one success story to emerge from the forum, has created a Manga-style compliance comic book in Japan that has proved extremely popular.

Laurence Perrin, head of compliance at GE Money Home Lending, described a campaign that the financial institution has run to introduce a culture where employees are given permission to challenge. “We think about customer outcomes in a properly resourced framework,” she said.

Sometimes it is easier to frame your compliance programme by what not to do. Former corporate general counsel at National Rail, Natalie Jobling, who while listening to a safety briefing was told numerous times the name of a local hospital but given no indication of how to find it, said: “We need to avoid a tick box mentality.”

Approaching problems from a different angle can also have surprising results and Magowan said: “Our job is to find out what people’s concerns are. At ASOS we went through a stage where they wanted everyone to wear a pass round their neck but there was limited take up. It turned out – working for a fashion retailer – that people didn’t like the photo taken on day one and it was easy to conclude by having other photos taken. Sometimes the answer just requires a different approach.”

One of the key issues for GCs is whether they should be applying ‘carrot, or stick’, particularly in their attempts to influence the board. The answer, of course, is both, but one GC observed: “The board get fed up of being told about fines and sanctions. Use your sales and communication skills to draw out the positives and incentivise them.”

Another added: “It’s important to tailor your advice to who the board are; what their characters are like.”

It isn’t easy to measure success but key indicators can be derived from annual employee surveys and conducting an internal audit with your key stakeholders.

Gamification is increasingly being used to help ensure and test that the compliance message reaches its target audience. Vodafone among others has launched a ‘snakes and ladders’ compliance game, in which if you get the answer wrong, you fall down the snake and must start again.

The very able chair of Legal Leaders GC Forum, former RB group legal affairs GC Claire Debney, said at the start of the conference: “Even if you just take one thing away, we’ve done our job.”

There were certainly more takeaways than one.