For the past 8 years now, I’ve been sitting on the legal innovation bus - trying to bring fresh ideas and models of working. This strange and wonderful journey began just as the effect of deregulation of the legal services market started to kick in. Then, like many others, I entered the B2B market with a new proposition focused on a simple idea to work differently: pay for lawyers as and when needed but also keep the lawyers that cannot work traditional hours for a variety of personal reasons firmly connected to the profession.  The waste of good talent was – and remains – one of the biggest challenges of the legal profession, one which is built around people.

The journey of the innovation bus

Quite often, I have been left wondering whether this bus is going in the direction we had all hoped - to deliver more access to justice for those that cannot afford it, give customers a better and cheaper service, make the profession more diverse (at all levels of seniority) or create a more competitive environment for existing players. More often than not, I’ve felt the bus is stuck in a traffic jam: bombarded by a crowded market place, with a lot of noisy competitors each trying to go the same way, frustrated that the infrastructure is getting in the way of them reaching their destination.

Alternative Business Structures (ABSs) are not alternative anymore, they’ve become the norm and as such, have lost their sense of purpose. What was innovative once is now commonplace and the ABS label is not enough to support what its key players are achieving. In their blind pursuit for success, they’ve become closer to the law firms they were trying to shake down - high aversion to risk, outdated legacy leadership model, gender pay gaps, low diversity and low ethics. Without transparency, talking the talk is sadly more common than walking the walk and inflated claims fill social media channels with business white noise like so much fairy powder hiding the truth. Failing recent structural innovation, everyone is looking out on the window hoping (or fearing?) that #LegalTech will be racing by to reimagine the legal profession for the future.

There is no doubt that in the last decade the speed of change has accelerated in the legal sector, much the result of the 2007 Act. It was with a great deal of relief that I read an assessment this year that ABSs — a creation of the 2007 Act and first licensed by the Solicitors Regulatory Authority (SRA) in 2012 -- pose no higher risk to the consumer than traditional law firms. But then, why should they be riskier? Of the nearly 900 active license holder ABSs, only a handful are new entities with a majority being law firms that morphed into new entities for capitalisation reasons. Besides, a large number of ABSs are either affiliated to existing law firms or to venture capitalists, tied to higher instances in terms of independence and profitability, therefore ranking like law firms in the risk arena.

Law firms are hungry for working capital as their biggest cost on their balance sheet is that of their people. The partnership model – still the preferred business model in the industry – is focused on maintaining minimum capital requirements, rather than building an investment chest that can allow for the high costs that come with technology implementation and maintenance. The recent string of IPOs of law firms on the London Stock Exchange shows the hunger for capital but also an opening of the sector to wider financial scrutiny- unimaginable before deregulation took hold. The listings are the latest challenge to the traditional law firm but remains to be seen whether the value is delivered for the long term.

It is only recently that innovators in the legal profession have begun to embed themselves, after educating the market that the real risk isn’t adopting new providers, but rather failing to adapt. Now the hope and fear of disruption has shifted from these deregulated entities, to #LegalTech companies. As most of tech operates outside of the regulated environment, it remains to be seen whether tech will indeed save us and take on the problems that have eluded innovators in the last decade. Some technology – cloud computing – has simply become the accepted infrastructure such that most players in the legal market use it to deliver their work. However, this is only addressing one side of the equation - how services are provided.

What about how clients’ needs are met? How solutions can make the life of legal teams easier? In the coming years, some of the newer technology, especially in the machine learning and artificial intelligence space, might meet the regulatory lens if it attempts to deliver legal advice with minimal human intervention. One hopes that professional ethics will keep AI in check and guide it for the purpose of improving society but that rests on the shoulders of their creators more than regulators.

When ABSs were first approved, they were branded ‘barbarians at the gate’. To have succeeded in such a short space of time to embed themselves in the fabric of a profession that is used to fight rather than embracing change is certainly down to deregulation. Unlike the noisy arrival of innovators, tech apps might, quietly, get lawyers hooked to more efficiency. Hopefully, ABSs will align in purpose with other global industries and contribute to the betterment of society while thriving as businesses.  The next wave will not be of deregulation but of regulation as rule makers will tackle how individual lawyers are regulated when they become augmented by technology – luckily, there’s still a way to go.

Dana Denis-Smith is the CEO of ObeliskSupport.com and winner of the LexisNexis Legal Personality of the Year 2018. 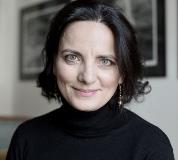