What inspired you to study law?

What inspired you to study law?

As we hit the halfway point in the academic year, it seems like the perfect time to step away from your studies and remember why you chose to pursue law in the first place. Some of our student associates share their stories below…

The musician who turned down the amps and dropped the sticks

I didn’t study law to realise a fantasy of being Harvey Specter, nor did I do it to change the world. I just wanted to make my mark on the music industry, and maybe live a little like Harvey.

I’ve performed in bands since the age of 13 and was lucky enough to have parents who would drive me and my friends around Somerset with a boot full of amps and drums. What felt like a world tour at the time was us perfecting covers of The Pixies, Nirvana, and Joy Division to senior rockers in cramped pubs on a school night.

I spent two years learning the science behind live and studio production, leading to a lot of late nights, ringing ears and projects I’ll forever be proud to be a part of. I had that infamous hunger to succeed as a musician or engineer, and I was on my way to making ripples in that pond. But towards the end of my studies, I had one of those ‘defining’ moments which demanded a change of path.

I saw a documentary on a band being sued for millions by their record label. The narrator explained the industry’s traditional business model and how artists don’t become half as rich and powerful as we think when they sign that ‘dream’ contract. Instead, they’re hundreds of thousands of pounds in debt, lose significant creative rights and don’t earn ANY money until they’ve ‘recouped’ their ‘advance’.

Crazy right? Well that’s nothing. That’s why I chose law.

The rebel who chose her own path

I’ve grown up surrounded by long black coats, endless piles of case files and discussions about the impact of new laws passed at the dinner table. For the past 100 years, every son born into my family has pursued a career in law. I, however, rebelled against the idea of a predetermined career path and chose to pursue a degree in Economics. Throughout my degree I studied 48 modules ranging from business to marketing to politics, but the one I truly fell in love with was law!

Whilst pursuing my degree I worked in various fields to gain practical experience and to determine which career path appealed to me. While I learned and gained a lot of experience from all my roles, my three-month job as a paralegal at a high street firm in New Delhi was the one I enjoyed the most. The blend of business, black letter law, commercial awareness and advocacy skills appealed to me, and researching cases for hours to find the perfect one to support the case on hand gave me an adrenalin rush.

Working at an international firm appeals to me because you learn about the laws and regulations of different countries and have the opportunity to work with clients from across the globe. Thus, I joined law school with the aim of becoming a commercial solicitor at an international firm. I am now carrying on my family’s legal legacy and I am the first women to study law in my family.

This is a question I get asked very often. So why did I choose to study law? It all started with Nancy Drew. Yes, you read that right. For those of you who (for some unfathomable reason) do not know who Nancy Drew is, she is a fictional female sleuth written into existence by Edward Stratemeyer under the pseudonym Carolyn Keene. Nancy was everything I hoped to be when I grew up; bold, unafraid, and absolutely brilliant.

As I got older, I quickly discovered that the path to becoming a female detective is not as glamorous (or easy) as I thought. I grew up in Nigeria and a female detective was not only a very unlikely profession but unheard of. Looking back now, I wish I had never listened to those naysayers. They did have my best interests at heart and were being very practical, but I should have persevered and stuck to my dream.

Nevertheless, this ‘failed dream’ was a blessing in disguise as it led me to discover another career path that I did stick to and absolutely love – law. Although she was not a lawyer herself, Nancy’s father was, and this sparked an interest in the subject area. I started researching on my favourite platforms back then, Encarta Kids and Britannica. This led me to discover and develop innate skills I did not know I possessed such as a flair for writing, public speaking and being (painfully) argumentative, much to my parents’ dismay.

I know you were hoping to hear about how much I hate injustice and all that good stuff (which is still very much true) but my love for the law started with not-so-grandiose ideals. It stemmed from a child’s pure admiration of a fictional character she hoped to become in future.

Do law students really have it tough?
Future of Law | 3 min read

Rediscover your love for law
Future of Law | 2 min read 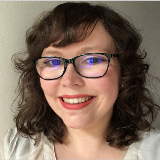 Laura manages our Student Engagement programme at LexisNexis. Laura has worked on a wide variety of areas within education marketing, from global PR campaigns, to events, social media, as well as corporate branding across print and digital channels. Her role at LexisNexis is to support the development of our student cohorts each year, providing them with the necessary know-how to enter the legal industry with confidence.