On Wednesday 12 May 2021, a panel of experienced practitioners from across the world came together at London International Disputes Week 2021 (LIDW21) to discuss what the post-pandemic world may hold for disputes lawyers.

Introducing the topic, Addy reminded the audience that registered corporate insolvencies in 2020 was lower than it had been in previous years, and in the first quarter of 2021 it was lower still. Due to measures introduced by governments, struggling companies have been allowed to ‘limp on’ beyond their natural decline. Addy introduced the metaphor of a future ‘tsunami’ of insolvency-related disputes, which will likely occur when the plug of state support is finally pulled. She asked the panellists for their thoughts on the matter.

What have the panellists’ experiences been since the pandemic started?

Briggs considered matters from a litigation consultant’s perspective. She spoke of various themes and issues FTI Consulting had seen, including the following:

She also spoke of differences between the coronavirus related recession and previous ones, citing findings from the FTI resilience barometer:

So, although there are similarities compared with previous recessions, the coronavirus crisis has nuances which are unlike those experienced in the past.

Vaswani spoke of what she has been seeing ‘on the frontline’ of onshore commercial litigation.

A key point she discussed was airline insolvencies.

Airline insolvencies (such as LATAM Airlines) are clearly a topical issue. Currently the rate of repossessions in leasing is low, as lessors have no other place to put the airplanes, as most companies in the sector are struggling. Therefore, it is preferable for lessors to keep them with a defaulting airline. However, once the sector picks up pace, security repossessions are likely to increase in due course. She highlighted that it is not just the core business which will suffer in these scenarios, with airports and other tightly related enterprises being caught up in the tidal wave.

Dunn spoke of what she has seen as a funder, including the differences between now and the 2008 financial crisis and common behaviours she has seen. She also spoke favourably about how the English courts have adapted, expressing hope that, in the next phase, technology will continue to be used more widely to make the court process more efficient.

Behaviours she has seen have included an immediate emergence of cases for funding, whereas after 2008, many cases took until the limitation periods had elapsed to arise. Seen covid-related and ‘business as usual’ cases arising for funding, including:

Dunn commented on how well the English courts have dealt with the pandemic in dealing with cases, and encouraged increased use of technology to make court processes more efficient.

What did the panellists expect from the incoming tidal wave?

Briggs picked up the question highlighting three key areas in which litigation is likely to see a substantial increase:

Furthermore, coronavirus-related lending in the UK has exacerbated risks for financial services companies, which has the potential to increase disputes. She told attendees that she is being asked to look more at risk assessments and horizon scanning/trend spotting than she had been prior to the pandemic.

Endorsing Briggs’s points, Vaswani said that ‘as the dust settles’ businesses will be more willing to enforce their rights where advantageous, rather than taking the conciliatory approach the government has urged them to have throughout the pandemic. She also picked up on Dunn’s point, remarking that she thought ‘seeds will be sown’ for future regulation in money laundering and more rigorous compliance oversight.

A few more issues she thought would come to light in the next wave of litigation will be:

Dunn highlighted the impact the pandemic has had, and will have, on various stakeholders. For example, Dunn has seen an increase in the number of governments looking for funding, as they should be doing, in her view. She also cautioned lawyers and clients to work with the right funders who have ring-fenced funding. She stated that it is no longer acceptable for lawyers not to know about funding, as their clients are now going directly to her, without the lawyer being the middleman.

Lacy raised a few points on the future of disputes from an offshore lawyer’s perspective:

Vaswani, based on the points made by herself and the other panellists, felt that, if she were a head-hunter, now would be the time to seek lawyers focusing on employment, insolvency, M&A, data protection and many other sectors. Ultimately, ‘we will all be fairly busy for a while’ so, using Addy’s metaphor, it may be ‘time to get a little rest before we get our surfboards out to ride the litigation wave…’

Note: this is a summary of the discussion and does not purport to be a full account of the event. 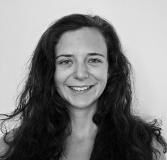 Gloria is a Paralegal in the Lexis®PSL Paralegal Hub. She graduated in International Law and Globalisation from the University of Birmingham in 2019 and has been at LexisNexis UK since March 2020. She has experience working for US, UK and Italian law firms on a range of matters, including IP, financial services and immigration law.