At the Lord Chief Justice's press conference on 27th September, Owen Bowcott of The Guardian asked Lord Judge about his views on the issue of the diversity of the judiciary in the UK. In a recent survey by the Council of Europe, it was suggested that we have one of the least diverse judiciaries in Europe coming just above the likes of Azerbaijan. Lord Judge refuted that suggestion by saying that he did not think the survey took into account the lay magistracy in the UK and levels of diversity seen there. He continued developing this theme by saying that ultimately the only decision that should be taken about whether someone becomes a judge is merit. He went on to say that he thought that women and minority candidates would feel insulted if they were made judges just to fill some sort of quota.

I agree that elevation to the bench should be merit based but I would suggest that the talent pool currently being pulled upon is increasingly self-selecting. Lord Judge himself admitted that only 11% of QCs are women, wh 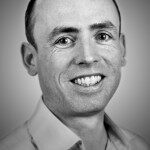