A new report by LexisNexis and the University of Cambridge’s Judge Business School looks at how the top 50 UK law firms have approached the business of law since 2015. The report, which is currently in its fifth installment, builds on previous instalments to examine the changes law firms have made over the past five years, the changes they have failed to make, and the changes set to define the future.

The report, entitled ‘Lead or follow? How law firms adapt to a changing market’, explores the successes and failures of law firm progress. It claims that, broadly speaking, progress has been uneven, with certain firms leading the way with bold strategies while other firms have been left behind due to an ambivalence in decision-making and a lack of strategic clarity.

One of the core differentials between firms is the adoption and integration of tech. The report explains that some firms have implemented tech in innovative and interesting ways, diversifying market offerings and enhancing business services. Others have facilitated changes to billing models, improved data analytics, automated document management and other repetitive tasks, and so on.

The last five years has seen progress, but many firms have fallen behind, seemingly unable to make sufficient strides and suffering in the market as a consequence. The report highlights four key areas that have stymied progress – aptly named the ‘ABCD’ of barriers to law firm transformation:

The barriers prevent progression. In the present article, we look at each of the above barriers in detail and consider why some law firms are failing to overcome these barriers.

Read: Is your law firm a follower or a leader?

Automation streamlines services, reduces costs, frees up time, improves client satisfaction, and so much more. Simply put, automation is a massive benefit for law firms and the failure to automate can lead to a failure to compete. The report shows that, despite advances in artificial intelligence, many firms have been slow to automate, largely due to focus on short-term profits and billable hours.

The focus on short-term profits is part of a wider short-sightedness in the legal sector, with a reluctance to invest in any assets – including tech – that generate long-term returns. That short-sightedness restricts the growth of firms, rendering them unable to compete in the long-term.

The focus on billable hours presents a similar problem, with the focus on the immediate. Billable hour targets, according to the report, often leave lawyers with limited time. That means that lawyers who are eager to automate are unable to apply new tech because they are left with no time to learn.

Changing business models improves innovation, allowing organisations to better respond to ever-changing marketing conditions and remain competitive. In the legal sector, however, the appetite or indeed ability to change business models is not matching other sectors.

The report suggests that the big four firms – along with many strategy-consulting firms and some other larger firms – have changed business models to recognise client impact. They have pivoted and evolved structures, processes, and operations to avoid emerging risks and seize market opportunities.

The best firms experiment with new models on a small-scale, judge failures and success, and then apply that model on a larger scale. That can mean small and simply changes, or it can mean sweeping changes, usually depending on the demands of the market and broader social shifts.

Many traditional law firms, however, seem averse to business model change. The report suggests that many people in the legal sector are baffled by the general stasis of firms, their inability to adapt to a moving marketplace, and the general allegiance to continuity above change.

The report emphasises what should be common sense: firms open to changing business models – and adaptation more generally – are likely to gain competitive advantage over firms remain reliant on traditional models.

Culture creates a barrier to overcoming other barriers. Take the above-mentioned barriers, for example. The report showed a reluctance to embrace tech and an absence of free time due to billable hour targets. Those are cultural issues that prevent firms from changing and growing.

The report suggests that the culture of a firm must shift in order to embrace change. Firms can only lead if the culture of the firm allows them to lead. Substantive and sector-leading change demands new routines and norms, as well as the dismantling of older and outdated norms.

Many firms are failing in that regard. The report says that there is a temptation to leave things as they stand, hastened by the consensual nature of decision-making in many firms. Managing partners across the report noted that it was difficult to gain employee buy-in for big decisions, for example.

That creates a problem. Firms are unwilling to change because they think nothing is broken and decision-makers perpetuate that trend. But a culture averse to change may well lead to slow decline. Firms that have reoriented their cultures have been able to grow and exploit new opportunities, according to the report, whereas static firms have proved comparatively less successful.

Culture is a barrier to change that prevents growth. The law firms of the future, the firms that will innovate and pave the way for others, should start by changing culture – and fast.

The final barrier mentioned by the report is slightly trickier to understand. Many firms believe that change is difficult to advocate because the present situation does not look threatening. Innovation is thus considered risky and risks are deemed not worth taking when there is no existing danger.

That is counterfactual information and lawyers are failing to dispute that information. Law firms may be facing danger, as noted by the report, but that danger is slow and emerging. Evidence from research across the sector shows that profit margins have stagnated or declined for many firms, which is unsustainable in the long-term. Firms are not on a burning platform, but inaction presents risks.

The risks are long-term and prolonged, but they could prove existential. The report shows that complacency could prove dangerous and stagnation can lead to complacency. Law firms of the future will need to dispute the counterfactual and understand the evident risks of inaction. And that new understanding should be the catalyst for change and innovation in the future.

Why should law students care about legal tech?
Future of Law | 5 min read 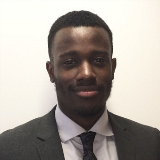