The four elements of a dispute - Ben Giaretta, Partner at Fox Williams

The four elements of a dispute - Ben Giaretta, Partner at Fox Williams

Disputes derive from context, so it can be difficult to categorize them neatly, but there are four elements that commonly feature: internal, meaning, external, and compounding elements. This might be called the “IMEC model”. Recognising these elements can help parties work out what is important in a dispute and how it might be resolved.

First, we internalise a dispute.  We build up an internal narration about our lives and a dispute becomes a part of that. We need to process what is happening and explain to ourselves how we have got into this situation. We rarely have neutral thoughts about a dispute. We might see ourselves as the hero or the victim; we might see the other party as the cruel aggressor or as a misguided fool. And how we process a dispute can dictate how we react to it. We may feel we need to devote time and effort to a response or else we will somehow have lost something of ourselves. We may want revenge. We may want to get out of the dispute as quickly as possible. We may want to win for the sake of winning.

This internalisation operates on groups and organisations as well. They can collectively feel attacked and victimised, or self-righteous or wronged.  With groups and organisations there is the added complication of internal politics: blame is ascribed, individuals feel under pressure, departments are threatened. There are attacks from outside and from within at the same time.

A dispute also impacts on our conception of what is important and what has meaning in our lives. We can see our essential ideals being threatened: not only our view of how a contract works, but also our sense of justice and our sense of fair dealing. Why should the other party gain from its wrongdoing? Why should it profit from claims that are unfounded? We need meaning in our lives and a dispute can put that under pressure. We will fight to defend it and this gives the dispute a higher purpose.

There is a future component here. The Swedish scientist David Ingvar described the prefrontal cortex as having a “memory of the future”: it extracts causal relations from information gathered by the brain and projects this forward. We extrapolate from the present to predict what the future will be. We see an action by someone that offends us, and we anticipate further such actions in the future. This complicates and contradicts our other future plans: we see a successful outcome from our contract or project being upended by the behaviour of others. We are motivated to push back against this.

The third element is external. As Matthew Lieberman explains in his book, “Social”, our brains are hard-wired to engage with others. This includes feeling pleasure from connections and pain from disconnections, and projecting thoughts onto others.

Disputes trigger so much in our brains, particularly if they go on for a long time. We suffer from the antagonism, and want the dispute brought to an end quickly; but at the same time we bond closer to those around us on our side of the dispute and for that reason part of us might like it to continue.

We lock horns not only with our actual opponent but also with our conception of what our opponent is. When normal communication is suspended and replaced with the formalities of a dispute, we project onto others our ideas of what they might be thinking and what their motives might be. We often fall into error here. We misunderstand what is said and we draw the wrong conclusions from an action.

Finally, there is a compounding effect. The psychologist Martin Seligman talks about the “catastrophizing brain”, the result of the fight-or-flight mechanism in early humans: those who thought the worst avoided being eaten, and therefore survived to become our ancestors. This in-built tendency towards pessimism now leads us to react badly against attacks on us. We think the worst, and this compounds our reaction. For example, something that affects our relationship with others (the third element of a dispute) is taken to heart (the first element) and projected forward against our future plans (the second element).

This compounding is accentuated over time as battle-lines are drawn, and also by our being forced into the modes of thinking and communication that are particular to disputes. We start using the language of disputes and we surround ourselves with advisers and supporters who will help us, but these make it harder for us to back down. Within groups, echo chambers develop that make it harder for them to see another point of view.

Once you have identified the elements, how can you use this? For a mediator, it is often important to tackle the compounding effect first, by breaking down the various parts of the dispute and encouraging the parties to address each part separately rather than letting the dispute spiral into something much worse.

For a party, it may help to work out what is truly important, and what is the main motivating force, both for itself and for the other side. Is a dispute being pursued for reasons that are internal to the organisation? Or out of a sense of injustice? Or because of a misunderstanding of the other side? And what is the best way of communicating with the other side in light of this? Maybe an approach that emphasises the connections between the parties would be best. Or maybe formal and neutral communication would be more effective.

Above all, this model emphasises that disputes are complex. It is wrong to think that a party has one motive. Parties come to disputes with a range of motivations, which change over time, and parties respond to disputes in many different ways. A strategy that works in one dispute may not work in another; and a strategy may need to change over time as different elements come to the fore. An intelligent approach is needed in order to come out of a dispute successfully.

How LexisNexis can help 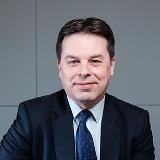