Suspension of Jury Trials: A Threat to the Rule of Law

Suspension of Jury Trials: A Threat to the Rule of Law

By James Harper, Executive Sponsor of Rule of Law and CSR at LexisNexis UK

Jury trials sit at the heart of the criminal justice system in England and Wales.  The opportunity to put your case before 12 of your peers is so fundamental to how we enact justice, many consider it to be a constitutional right.  The Government’s recent proposal to suspend jury trials is a potential threat to the Rule of Law – i.e. a legal system that treats everyone equally and which you can access, no matter who you are.

Restricting access to jury trials for certain offences would damage these rights for many citizens – a huge number of whom have already had to wait an inordinate length of time to have their case heard.  Whether accused or victim, this is a huge mental and emotional burden which should not be happening in a modern, first world country.

We have to be clear: the pandemic is not the cause of the backlog or the dysfunctional criminal justice system.   Instead, years of underinvestment in justice, in legal aid, in the court system, together with reduced sitting days and court closures, have all left a legacy which has only been exacerbated by the current crisis.

The right to trial by your peers is one way of guaranteeing fair treatment.  However, removing jury trials would have a hugely disproportionate impact on Black citizens (and, indeed, all those across the BAME community) – at the very moment when we are discussing the inequality of rights arising from years of systemic racism.

BAME individuals are over-represented in the criminal justice system – they are far more likely to end up in the courts.  A study by Professor Cheryl Thomas found that “…there is good evidence that members of BAME groups are over-represented at virtually every stage of the criminal justice process in England and Wales relative to their representation in the general population”.

Another study by Professor Thomas found that jury conviction rates showed few differences based on the ethnicity of the defendant – in other words, jury trials are likely to treat people the same regardless of race.

Indeed, that study concluded the jury verdicts are the only part of the criminal justice system where BAME defendants are not disproportionately impacted!

If we are to replace jury trials with judges and magistrates (as is the proposal), we have to look at the diversity of the individuals making these decisions and consider if the above remains the case.  However, the truth is that the judiciary and magistracy are incredibly un-diverse.  As of July 2019, across Circuit Judges (who hear the bulk of criminal trials), there are 3 individuals who identify as Black/Black British out of a pool of 670.  There are 24 BAME judges.  There are 581 white judges.  90% of all circuit judges responded to the ethnicity question.

Across the Magistracy, there are over 14,000 individuals.  Of that, only 536 identify as Black/Black British – 3.7% of the magistrates. 94% of magistrates responded to the question.

If you are young and black, your chances of finding someone who may understand you or your life or how you have ended up in front of them in the magistracy decrease even further.  12,000 magistrates are over the age of 50 (84%).  In fact, 52% are over the age of 60.

It is clear from this data – sourced from the judiciary itself – that the Government’s proposals to remove jury trials would do irreparable damage to the opportunity for many people – whether BAME or otherwise – to receive a fair trial and be treated equally under the law.

In a country where politicians of every stripe claim to hold the Rule of Law dear and use its name as the justification for so much, it is worrying to see it threatened.

About LexisNexis UK and the Rule of Law

This comment forms part of LexisNexis’s global commitment to advancing the Rule of Law around the world, which sits as the central purpose of the organisation.  The company advocates for the Rule of Law and carries out various activities to support and advance it, using the skills and talents of its people, and the tools and assets in the business.  The company has also recently established a not-for-profit entity – the LexisNexis Rule of Law Foundation – to help the organisation give this work an ever-widening reach across the globe.

The LexisNexis Rule of Law Foundation is a strictly not-for-profit entity established to advance the rule of law around the world. Some of the Foundation’s key partners include the United Nations, Global Investigative Journalism Network, International Bar Association and Union Internationale des Avocats (UIA).

James Harper is a lawyer who has worked at LexisNexis for over 7 years.  He also serves as a Trustee and Director of the London Legal Support Trust, an independent charity that raises funds for free legal services in London and the South East, and has been involved in pro bono work since the start of his career.

LexisNexis, the rule of law and diversity
Future of Law | 3 min read

COVID-19, The Rule of Law and Charities
In-House | 4 min read 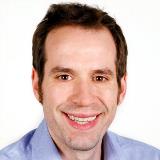