Survival of the fittest – is your firm one of the 898 that may need refinancing or capital?

Survival of the fittest – is your firm one of the 898 that may need refinancing or capital?

The UK legal market has been a challenging professional and financial environment for some years now, but 2013 is turning into a truly gruesome experience for lawyers of all specialisms and firms of all shapes and size.

An objective outside observer might be tempted to think that the Ministry of Justice is determined to re-prove Darwin’s theory of the survival of the fittest by moving the legal goal posts with such rapidity that most players are no longer sure any more which is the goal line, or indeed where the pitch is these days.

Hard on the heels of the most far reaching reform of civil litigation in several generations with the badly bungled implementation of the Jackson reforms, legal aid has been slashed, threatening the livelihood of even more lawyers.

The impact on financial performance is clear, even for the most powerful firms. A recent estimate published on the Legal Business website suggests that the profitability of the UK's top 100 law firms is c.25-30% below their boom-time highs. No wonder there have been cash calls on equity partners at firms.

The result of this escalating commercial pressure is a growing list of casualties, stretching back to the collapse of Halliwells in July 2010 but now lengthening rapidly with the more recent failures of Cobbetts, Blakemores, Atteys, Carneys and Challinors.

Corporate health monitoring specialists, Company Watch analysed the latest accounts of a sample of just under 2,600 law firms in September 2013. The results were startling. A third of the sample, 898 firms may require refinancing or an injection of new capital to survive. Smaller law firms are most vulnerable, the research confirming that half (463 out of 932) of firms with assets of less than £100k are in the Company Watch Warning Area. Businesses in this Warning Area have a one in four chance of failing.

Additionally, 488 law firms (19% of the sample) have liabilities which are larger than their assets. A third of smaller firms fall into this category, the commercial equivalent of a house owner with negative equity, surviving only with the support of their creditors but technically insolvent on one of the two statutory tests.

It was little surprise when the SRA followed up earlier warnings by announcing last month that their survey had identified 1,200 law firms in financial difficulties. This represents around 10% of UK firms. Inevitably, a high concentration of “at risk” firms are in practice areas directly affected by the Jackson reforms, notably personal injury, and those impacted by legal aid cuts.

Can things get any worse? The latest blow has been the near collapse of the legal professional indemnity insurance market following the withdrawal of many underwriters from the market, wary of the spate of insolvencies and doubting the sector’s viability. The SRA has confirmed that so far 219 law firms have failed to get cover in place by the renewal date of 1 October 2013. Already the first firm has failed as a direct result, as Harris Cartier was broken up after filing for Administration. More will inevitably follow.

Merger activity is at an all-time high, whether negotiated or else enforced as with the rescue of Manches by Penningtons through a pre-pack insolvency. Consolidators like Slater & Gordon are picking over the bones on the battlefield. The sad reality is that a very hard road lies ahead for the legal sector, though a starkly different commercial landscape. 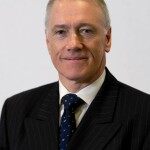