As the first Budget after more than twelve months of the pandemic, and the first since the UK formally transitioned out of the EU, it is one that is particularly difficult to predict. The government has been forced to spend at unprecedented rates in order to keep businesses and individuals afloat through lockdown, and it will need to raise funds as a result.

Further coronavirus support is likely to be the Chancellor’s key focus during this Budget, as many businesses continue to suffer during these extraordinary times. As the costs of the pandemic continue to mount, therefore, it is almost certain that the government will need to raise taxes. Timing will be crucial so as not to dent a fragile economy. The conservative manifesto commitment not to increase the rate of income tax, National Insurance contributions or VAT limits the government’s ability to raise funds at such a fiscally challenging time, as between them, these three taxes raise approximately two thirds of the UK’s tax revenue.

Focus is therefore likely to shift towards business taxes, and it is possible that we will see an increase in the headline rate of corporation tax. An increase from 19% to 23% is rumoured and would ensure that the rate was just below the OECD average of 23.5%. The Chancellor may seek to soften the impact of any such increase with a corresponding increase in investment allowances. We would, however, expect any increase in investment allowances to be temporary, with the full force of any corporation tax increase being felt in years to come.

It has been reported that the Treasury is considering introducing an online sales tax (distinct from the digital services tax which does not extend to e-commerce) to capture some of the revenue generated by the increase in online shopping due to lockdown. The proposal has been consulted on in the recent call for evidence on business rates, highlighting the disparity in taxation between online business and those with a physical presence.

The introduction of an online sales tax would be a further departure from the UK’s standard principles of taxation which has typically rested on taxing profit rather than turnover. We have seen from the discussions around the digital services tax that taxing online revenue is a particularly difficult area that cannot be rushed. We would therefore expect to hear about consultations on this point, rather than a fully formed legislative proposal, at this Budget.

There have also been whispers of an excessive profit tax, or windfall tax, to attempt to capture some of the significant returns enjoyed by businesses that have benefitted financially from the pandemic, such as online shopping giants and food delivery companies. A windfall tax is not an entirely new concept for the UK. An excess profits tax was levied on privatised utilities by the Labour government in 1997. This is a particularly difficult tax to introduce, as although turnover may have increased for many of these businesses, some run at a loss if they make significant investment. A tax on the top line would ignore this. In addition, to capture any windfall made during the pandemic, any legislation in this area would need to be retrospective. An announcement would therefore be unexpected, though not impossible.

The government has been consulting on the introduction of a new asset holding company regime to encourage investment firms to hold assets from the UK. This demonstrates the government’s desire to increase its attractiveness for the fund management industry by tackling some of the tax barriers that have prevented the use of the UK in a typical fund structure. Draft legislation for the regime is expected in the draft finance bill therefore we may see a renewed commitment from the government in March as we approach the final stage of implementation.

The potential for an equalisation of employee and self-employed National Insurance contributions could hit businesses indirectly. Following emergency pandemic support for the self-employed, the Chancellor said it was ‘much harder to justify the inconsistent contributions between people of different employment statuses’. If the tax benefit to being self-employed is removed, we may see more contractors seeking to be employed directly in order to benefit from the legislative protections that employment provides. If this becomes a trend, businesses will see their employer National Insurance contribution bills rise.

With coronavirus inevitably dominating the agenda, some initiatives have taken a back seat.  For example, the proposed rules requiring large businesses to notify HMRC of uncertain tax positions have been deferred until next year.

Nonetheless, we expect HMRC’s on-going efforts to strengthen their powers and address taxpayer behaviour to continue.  In early February, HMRC published an evaluation of the powers they had implemented over the last decade, which reflected on more than 100 reforms that had been implemented since 2010. We anticipate that this will carry on.  The Government has indicated that it will expand HMRC powers, not just with respect to taxpayers, but also intermediaries and especially those who are involved in the promotion of tax avoidance arrangements.

HMRC have increasingly targeted not just avoidance but also tax evasion.  The Conservative manifesto in 2019 proposed to target tax evasion by increasing sanctions and consolidating HMRC’s efforts into a single anti-evasion unit.  We may well see these types of proposals put into effect in order that provisions the seek to raise taxes are combined with initiatives to crack down on tax evasion. 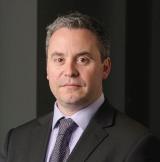 Gideon specialises in tax litigation but has a background in transactional tax work. His tax litigation work has given him experience at all levels of the UK Courts and the European Courts.