Predictions from the market with Erika Jupe, Partner, Osborne Clarke

Despite facing a massive deficit due to the coronavirus (COVID–19) crisis, we suspect that the Chancellor will seek to steady the ship, rather than announcing large scale tax raising measures. On the whole, tax increases are likely to be postponed to the autumn budget 2021, but we do think there are a couple of areas where the Chancellor may feel he has scope to seek some modest tax rises.

One such change would be in respect of Capital Gains Tax (CGT) in response to the first report from the Office of Tax Simplification following their review of CGT. Whilst we do not expect full alignment of the CGT rates with income tax rates, a simple change (which would implement one of the recommendations in the report) would be to increase the higher rate of CGT back to 28% (which is the higher rate for residential property and carried interest). Any such increase could, in theory, come into effect from Budget Day; there is precedent for this as in June 2010, the rate of CGT was raised for higher rate taxpayers from 18% to 28% from midnight on Budget Day.

The Chancellor could also consider increasing CGT revenues by scrapping or limiting some CGT exemptions and reliefs, such as Business Asset Disposal Relief (formerly Entrepreneurs' Relief). However, we think this is unlikely as the Chancellor will be mindful that encouraging investment in business and supporting entrepreneurial activity will be crucial for economic recovery.

At 19%, the UK's corporation tax rate is the lowest in the G7 countries. There have been calls for the Chancellor to increase this rate. However, such a change seems unlikely given the need to balance the raising of tax revenues against supporting businesses so that the economy can grow when the pandemic is over and to ensure the UK's competitiveness on the international stage.

To help achieve the government's ten point plan for a ‘green industrial revolution’ (covering clean energy, transport, nature and innovative technologies) and with the COP26 climate change summit taking place in Glasgow in November 2021, the Budget is likely to build on the government's green agenda. The Chancellor could announce new or improved tax reliefs for companies undertaking R&D in green technologies and/or investors investing in such companies. He may also provide incentives to employers to encourage the take up of electric company cars.

There has also been some speculation that the Chancellor may seek to align the rate of NICs between the employed and self–employed. However, as this would break the Conservative Party's manifesto promise of the ‘triple tax lock’ (not to increase income tax, VAT or National Insurance) a more likely option would be the announcement of a further review into mismatches between employment and self–employment status.

In terms of employment taxes more generally, we also expect the Chancellor to extend the Coronavirus Job Retention Scheme which was scheduled to end on 30 April 2021.

In order to provide continuing support for ‘bricks and mortar’ businesses, it is also possible that the Chancellor will extend the business rates holiday for those sectors particularly affected by the pandemic (ie retail, hospitality and leisure) beyond the end of March 2021. He may also extend the temporary reduced VAT rate of 5% for hospitality, holiday accommodation and attractions, which was introduced inJuly 2020 and is due to end on 31 March 2021.

The Chancellor may also feel the need to introduce further measures to level the playing field between the digital economy and ‘bricks and mortar’ businesses, which has suffered disproportionately during the pandemic. One of the alternatives to business rates raised in last year's call for evidence was the introduction of a sales tax on on–line businesses (which would run alongside digital sales tax). Whilst this would need further consideration, the Chancellor may make some announcement as the government had originally proposed to set out its preliminary conclusions last autumn. 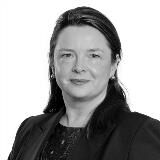