Predictions for business tax proposals in this year's Spring Budget

The Chancellor has a particularly difficult job this year. With record levels of government borrowing, announcing immediate tax rises in the Budget could help to fill the Treasury's coffers, yet the economy is still fragile and in need of economic stimulus. The fact that we are not yet 'out of the woods' as regards fighting the pandemic may mean that it is too early for tax rises, but there are calls for those sectors which have flourished in the pandemic to contribute more.

As the UK has one of the lowest rates of corporation tax at 19%, well below the average for G20 countries, a rate increase could be a way for the Chancellor to raise funds. As the tax will only be paid by companies which are making profits, it could be argued that it would not have a significant effect on those companies which are struggling as a result of the pandemic. Some reports have suggested an increase to as much as 24%, but such a large increase in one go is unlikely. If there is to be an increase, one or two percentage points to 20% or 21% is more likely and would be easy to bring into force from 1 April 2021.

Although probably not exciting enough to be mentioned in the Budget speech, we may hear more, possibly in a consultation document soon after the Budget, about the plans to require large businesses to notify HMRC of uncertain tax positions from April 2022. This new regime was originally due to come into force this year, but was delayed a year following adverse feedback on when notifications would be required. The original proposal was too subjective and relied upon an assessment by the taxpayer of whether HMRC would be likely to disagree with the position taken. It is to be hoped that in rethinking the test HMRC will come up with something that is more workable and where the benefits to HMRC of the disclosures outweigh the additional administrative burden for businesses.

With the pandemic having made us more reliant on online shopping and high street shops struggling to survive as a result of being unable to open for long periods, reforming business rates is even more topical than previously. The government has already pledged to undertake a fundamental review of the system. This could also extend to property taxes more widely and include stamp duty land tax and council tax.

Some suggest that an online sales tax could be a way to redress the balance between traditional 'bricks and mortar' businesses and the digital economy. However, as radical a change as this would require proper consultation, not least to ensure it did not have unintended consequences such as by further endangering traditional businesses attempting to salvage some sales through an online offering. It is unlikely therefore that concrete proposals will be announced in the Budget.

A tax targeting some very large digital businesses — the UK's digital services tax (DST) — is already in force and the government will be beginning to collect some revenues from it this year. The Chancellor could bring more businesses within the scope of DST by reducing the thresholds or expanding the tax to cover a wider range of services. This could also address US concerns that the tax is unfairly targeted at the US owned tech giants. However, this Budget may not be the right time to announce significant changes to DST. The OECD is hoping to reach international agreement by the middle of this year on its proposals for reforming the international tax system to deal with the challenges of the digital economy and DST is only meant to be a temporary tax until international agreement is reached.

Some press reports have suggested that the government is considering a broader based carbon tax than the emissions trading scheme (ETS) that it brought into force at the end of the Brexit transition period, largely replicating the EU scheme. The government consulted on a 'carbon emissions tax' in  Summer 2020, but went with the ETS in the immediate aftermath of Brexit —presumably on the basis that this meant less change for businesses.

The government is under considerable pressure to reduce emissions. The UK has legislated to reduce its net emissions by 100% back to 1990 levels, referred to as 'net zero', by 2050 and in December 2020 the Prime Minister announced an intention to have achieved a 68% reduction by 2030. The COP26 UN climate change conference taking place in Glasgow in November puts added pressure on the UK to be seen to be leading the way in this area. Although it is unlikely that definite proposals will be announced at this stage, we may see a further consultation.

With the UK no longer bound by EU VAT rules, the UK could make structural changes to the VAT system, but this is unlikely at this stage. Rate increases are also unlikely given the need to encourage consumer spending once coronavirus (COVID–19) restrictions ease. We may, however, see an extension of the coronavirus support measures for hospitality. VAT reductions could also be used to support other sectors adversely impacted by the pandemic.

The government issued a call for evidence on possible changes to the VAT grouping rules in August 2020. We may hear whether it has decided to introduce some form of compulsory VAT grouping or whether it intends to change the eligibility for grouping so that only UK fixed establishments of foreign companies could be within a UK VAT group, which would have a particular impact on the financial services sector.

A Budget short on immediate action?

In short, this Budget is probably too early for announcements of immediate tax rises, but we may see some indications of what could be around the corner. New taxes and radical overhauls of the system take time to implement so instead of immediate changes, we will probably see a number of early stage consultations this year. 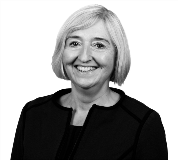