Spring Budget 2021 series - back to the future

Spring Budget 2021 series - back to the future

Hilary Barclay, Consultant at Burges Salmon LLP and member of the LexisPSL Consulting editorial board responds to the Spring Budget 2021.

This was a back to the future Budget - and one that is notable not only for the things being said and done but also for those that are not (yet). While the focus was understandably on recovery from Covid, it was also very much a political budget.

The headline news for businesses was the corporation tax rate rise for companies with profits of more than £250,000 to 25% from April 2023 while reintroducing a small companies rate (by preserving the current 19% corporation tax rate for companies with profits under £50,000). Tapered rates are to be introduced for profits in between the small and large thresholds, but we are yet to see whether this will follow the historic marginal rate model. Also to be confirmed is the future of the bank corporation tax surcharge, which the Government recognises will render the UK’s banking tax rates uncompetitive once the corporation tax rate rises – more is to come on that in the autumn. The diverted profits tax rate will rise to 31%, preserving the carrot and stick approach to international structuring and transfer pricing.

There was some more immediate relief for businesses, however. The lobbying to extend the carry back period for losses (seen on a smaller scale in 2009) has been listened to. Losses incurred in 2020-21 and 2021-22 can be carried back for up to three years, subject (generally) to a £2 million cap each year. For corporate groups the cap will apply to the whole group but will be disapplied, it seems, if all group companies carry back losses of £200,000 or less. From April this year until 31 March 2023, first year capital allowances will be boosted for those investing in new plant and machinery, to 130% for main rate assets and 50% for special rate assets. The tourism and hospitality sectors will benefit from VAT reductions which will be welcome, though the accompanying systems challenges for some businesses may be less so. In addition, and as expected, R&D tax reliefs will be reviewed, though a more immediate anti-avoidance measure is being introduced shortly, capping SME payable R&D tax credits in a year to £20,000 plus three times the company’s total PAYE and NICs liability.

A review of UK tax administration for large businesses has been announced which will look into the provision of early certainty for businesses, dispute resolution and promotion of a “collaborative and constructive approach to compliance with the law”, recognising that tax administration has a role in promoting investment and the competitiveness of the UK. The Government is to initiate discussions with businesses, advisers and other stakeholders over the next few months.

For multinational groups, a less welcome – but not surprising – change is the repeal of the legislation that gave effect to the EU Interest and Royalties Directive, cementing the withholding tax charge on payments of interest and royalties to EU companies unless another relief or exemption is available.

So what was not said or done? For individual taxpayers and smaller businesses, freezing the income tax personal allowance and rate thresholds, the CGT annual exemption and the IHT threshold will bring in significantly more revenue without appearing to raise taxes. A cynic may say the Government is betting on voters not noticing the effective tax rises as the headline rates are not being changed, while hedging that bet and putting a marker down for a 2024 general election campaign by announcing that the personal tax exemptions and thresholds will not change until 2026. More positively, continuing the current residential property SDLT relief for part of this year and maintaining the current VAT threshold until 2024 will be welcomed.

In addition, the much discussed potential change to the CGT rate has not happened – yet. There has been significant activity in the OMB space over the last couple of months as a result of an anticipated change, particularly given the Government’s sledgehammer approach to entrepreneur’s relief last year. Perhaps the Government hopes that the recovery and current measures will be enough to prevent rates rising, but the lack of assurances over the capital gains tax rate will result in continuing uncertainty which is never a good thing in a tax system, even less so where the tax involved is considered to be a key driver of investment activity and at a time when investment is critical.

The other issue the Chancellor did not mention was Brexit which, given its potentially material effect on the UK’s economy, would have been surprising if this were not a political Budget. A nod was given to some issues, in the form of the announcement of freeports which are intended to benefit eight areas in England (and subject to discussions with the devolved governments, additional areas in Scotland, Wales and Northern Ireland) by providing additional tax reliefs and simplified customs procedures. The additional tax reliefs, which are expected to run until 2026, are enhanced capital allowances, full SDLT relief, full business rates relief and potentially relief from employer NICs.

Having got the Budget out of the way, we can all now look forward to our first tax announcement and consultation day on 23rd March. No doubt the crystal balls will be staying out a while longer this year. 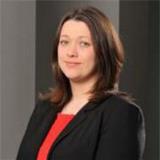 Hilary is a consultant at Burges Salmon LLP. She has considerable experience of a broad range of corporate tax matters. She has particular expertise in corporate and financing transactions, reorganisations and group tax advice. Hilary is a member of the City of London Law Society Revenue Law Committee, the International Bar Association (including the IBA Taxes Committee) and the International Fiscal Association.