Spring Budget 2021 series - a view under the hood

Spring Budget 2021 series - a view under the hood

In contrast to the novel challenges that the economy has faced over the last year (and that the Chancellor, unsurprisingly, was keen to highlight), a number of the Budget measures will seem rather more familiar – for corporate tax practitioners, at least – perhaps even a step backwards.

The headline rate of corporation tax will increase to 25 per cent. for the financial year beginning 1 April 2023 – closer to the rate we had in the early 2000s than the current rate, and effectively a 30 per cent. rise in corporation tax costs.  This is a simple, across the board increase for larger companies.  If the government is committed to raising the corporation tax take, then this approach is, in my view, to be preferred over any attempts to “fix” the public finances by (as some were speculating) targeting particular industries that are seen to have done well during the pandemic.

A small profits rate (previously abolished with effect from 1 April 2015 subject to certain exceptions) is making a comeback; Finance Bill 2021 will include a lower rate of corporation tax (19 per cent.) to apply to profits of £50,000 or less from 2023, together with a tapered rate for profits above this threshold but not more than £250,000.

Whilst it might seem unlikely that we will go back to a pre-2016 world with no banking surcharge at all, the government has committed to undertake a review of the regime to ensure that, notwithstanding the increase to the headline corporation tax rate, the combined rate of tax on banks’ profits does not increase substantially from the current level.  This is very welcome.  There is, it seems to me, no credible way to square an 8 per cent. surcharge for banks (on top of a 25 per cent. headline rate) with the government’s stated intention of ensuring that the UK tax regime remains competitive for the banking sector post-Brexit.

It is a shame that this desire to remain competitive did not extend to continuing to offer UK companies the same benefits available to their EU counterparts in relation to intra-group interest and royalty payments to EU recipients.  The repeal of domestic legislation giving effect to the EU Interest and Royalties Directive is likely to be seen as an unhelpful step backwards for multinational groups.  The changes generally take effect in relation to payments made on or after 1 June 2021.  (If the payment is made on or after Budget day, it will also be caught if it is made in connection with arrangements a main purpose of which is to ensure that the provisions giving effect to the Directive continue to apply to it.)  The repeal will mean that, where a UK company is making a payment of interest or royalties to an EU company that is a 25 per cent. associate, it will no longer be able to make those payments gross in reliance on the provisions giving effect to the Interest and Royalties Directive.  Any previously issued exemption notices will be cancelled.  UK companies will have to look to the relevant double tax treaty for relief instead - and, for several EU countries, including Italy and Portugal, the treaty does not currently provide full relief.

The Budget also contained a number of novel measures for corporates – and most of the immediate measures are good news – although there is some detail worth being aware of.  For instance, a new super-deduction for qualifying expenditure from 1 April 2021 will provide an enhanced (temporary) 130 per cent. first year allowance for investment in plant and machinery (unused and not second hand) qualifying for main rate writing down allowances.  This is predicted to be worth £25 billion to companies over the two-year period that it is in force.  The new super-deduction does not, however, apply to expenditure incurred under contracts entered into before Budget day.  Where assets in respect of which a super-deduction has been claimed are subsequently disposed of, this can trigger a balancing charge (a taxable profit) instead of being taken to the pool.  There is also a new first year allowance of 50 per cent. on most new plant and machinery investment that would ordinarily qualify for special rate writing down allowances.  Both allowances are subject to anti-avoidance provisions. 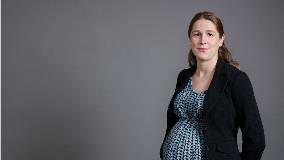 Emma is a senior tax counsel at Slaughter and May.  Her practice covers all taxes relevant to corporate and financing transactions.  She has extensive experience of mergers and acquisitions (public, private, domestic and cross-border), joint ventures, demergers, group reorganisations and debt and equity financing.  She also has a special interest in pensions and incentives taxation.