On 1 October 2020, the European Commission sent a ‘letter of formal notice’ to the UK, commencing a formal infringement procedure against the UK in respect of the United Kingdom Internal Market Bill.  The European Commission alleges that the UK government’s introduction of the UK Internal Market Bill and its failure ‘to withdraw the contentious parts of the Bill’ is in and of itself a breach of Article 5 of the Withdrawal Agreement.  Article 5 requires the EU and the UK ‘in full mutual respect and good faith’ to ‘assist each other in carrying out tasks which flow from [the] Agreement’.  The Commission also alleges that, if the Bill is adopted, it would ‘impede the implementation of the Withdrawal Agreement'. Laura Rees-Evans of Fietta LLP looks in detail at the European Commission’s launch of infringement proceedings against the UK for the UK Internal Market Bill.

A UK government spokesperson has said that the UK will ‘respond…in due course’, but that it is necessary for the UK ‘to create a legal safety net to protect the integrity of the UK’s internal market, ensure ministers can always deliver on their obligations to Northern Ireland and protect the gains from the peace process’.

Readers will recall that this is not the first infringement procedure the Commission has launched against the UK during the Brexit transition period.  The Commission also launched an infringement procedure against the UK in May 2020, for its decision not to sign the multilateral treaty terminating intra-EU BITs (see our Brexit highlights of 5 and 14 May 2020). So far as we are aware, the procedure commenced on 1 October 2020 is the only one involving allegations of the UK’s non-compliance with the Withdrawal Agreement.

The Commission’s press release issued upon the sending of the letter of formal notice observes that ‘[t]he Withdrawal Agreement provides that during the transition period, the CJEU has jurisdiction and the Commission has the powers conferred upon it by Union law in relation to the United Kingdom, also as regards the interpretation and application of that Agreement’.  This is likely to be a reference to Part Three, Title X of the Withdrawal Agreement; Article 87 of which allows the European Commission to bring before the CJEU, within 4 years after the end of the transition period, allegations that the UK ‘has failed to fulfil an obligation under the Treaties or under Part Four of this Agreement before the end of the transition period’ (Article 87(1)). Article 87(1) further provides that the CJEU ‘shall have jurisdiction over such cases’.

It remains to be seen whether the UK will take issue with the European Commission’s stance that the CJEU would have jurisdiction over a dispute between the parties concerning Article 5.  There appears to be a strong argument that the mechanisms for dispute settlement set out in Part Six, Title III (which include the establishment of an independent arbitration panel) would apply to this dispute to the exclusion of the administrative and judicial procedures (including a referral to the CJEU) foreseen in Part Three, Title X.

The European Commission’s press release regarding the letter of formal notice is available here.  Its guide on infringement procedures is here.

If you wish to discuss these or other issues raised in our Brexit Insights, please contact Stephen Fietta or Laura Rees-Evans. 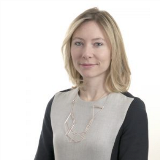