Contracts bind people and companies to perform reciprocal actions, and invoke the force of law if they are formulated correctly. Some contracts are carried out immediately, like sales of goods, but the full power of the contract in society is seen in those which are carried out slowly over many years. These include the mortgages contracts which enable us to buy houses, the derivatives and options which mellow our economy, and the shipping orders which ensure our supermarkets are always stocked.

Lawyers are enlisted to draft and negotiate these contracts in part to ensure that the terms agreed are sufficiently foresighted and flexible to respond to the vagaries of life. Unfortunately, the pace of recent political and economic change has undermined some long-term contracts in such fundamental ways that lawyers, industry groups and regulators are struggling to provide solutions. The question arises: can contracts as we know them support the dynamic requirements of modern life?

Following the last financial crisis, the UK government decided that major UK banks should be split into two separate legal entities: the 'retail' bank and the 'risky' bank. The question of which contracts were 'risky' was often fraught. A 'grey zone' of contracts emerged (such as loans to universities and housing associations) which bore some but not all of the features of risky investment contracts. In order to squeeze them into the protected retail bank, many thousands of borrowers had to be contacted individually, informed of the changes to the legal landscape and asked to novate contracts they had agreed years previously to a new lender.

The LIBOR-rigging scandal has produced a similarly vexing and expensive situation. LIBOR was used for decades as a floating interest rate for mortgage repayments, but the rate will no longer be used after 2021. Mortgage contracts have long included clauses acco

How has COVID-19 impacted the business of law?
Future of Law | 3 min read 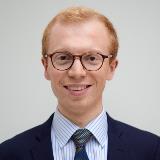