QASA: time to move on

QASA: time to move on

So opens the judgment, which was handed down last month by Lord Justice Leveson, in the judicial review of the Quality Assurance Scheme for Advocates (QASA). QASA, it ruled, “is lawful, does not contravene European law and falls well within the legitimate exercise of the powers of the LSB and the three regulators that submitted it to the LSB for approval”.

The Bar Standards Board (BSB) – an interested party in the proceedings – welcomed the outcome, but we know that some members of the profession will have been disappointed. Nevertheless, we hope that advocates will respect the Court’s decision and, now that QASA is here and deemed lawful, we will do our best to support them through the registration and accreditation process.

We are well aware of the pressures that many publicly funded criminal advocates are experiencing right now in the current financial climate. We have voiced our opinion of the impact of government’s legal aid reforms from a regulatory perspective. But our duty is to protect the public – not to serve the interests of the Bar.

This duty is at the heart of QASA. Our criminal justice system is rightly renowned and respected around the world. But there will always be a small minority of advocates who are not as good as they should be. Underperformance is there in every profession, not just the Bar. And to accept it exists is not to deny the good and great work the Bar as a whole has provided for many, many years.

QASA is about offering a minimum assurance to the public about the quality of the advocates working in the criminal courts. It is hard to argue that there is no need to assure somebody – possibly somebody vulnerable – that they can be confident that the person representing them in a criminal trial is up to doing their job.

QASA is not an onerous scheme. In past months it has been criticised as being bureaucratic or overly complex. Actually, all it does is demand that an advocate can show – twice in 2 years – that they are able to do to their job. Assessment will be undertaken during the ordinary course of practise – minimising disruption for advocates. Most advocates will complete this process without any difficulty but it is right – even if it is not liked – that we, as a regulator, act to stop those who fall short. Failing to do so would be a dereliction of duty.

QASA will assess all advocates undertaking criminal advocacy against a common set of standards, irrespective of their previous education, training and experience. It will apply whether they are employed or self-employed, acting for the prosecution or the defence. Its purpose is to prove confirmation of competence; it is not a kite-mark of excellence.

Following the outcome of the judicial review, the BSB, along with the other members of the Joint Advocacy Group (JAG), revised the current registration timetable to allow advocates more time to register (the new timetable can be found here). Together, we agreed to amend the Scheme in accordance with the suggestions of the Court and are drafting the necessary amendments. We intend to re-issue the Scheme Handbook by the end of February 2014 and this will be publicised when we do.

We hope advocates will respect the Court’s decision and understand that it is our duty to implement a quality assurance scheme of some kind so as to protect the public. QASA is here and it is lawful. It is now time to work together to implement and improve the new Scheme so that it best meets the needs of those we are all striving to serve – the client and the public. 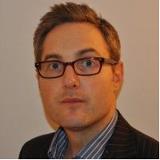 Oliver Hanmer is the Head of Supervision at the Bar Standards Board. He has a broad remit across all of the Board’s quality assurance activities ranging from CPD compliance to risk-based supervision of Chambers. He has been involved with QASA for the last four years and is the BSB staff lead on the Joint Advocacy Group, which was established to develop the policy in relation to the Scheme.