We are all used to hearing and reading about growing competitive pressures from existing law firm rivals, from new entrants, and from the increase in efficiency led process improvements, as well as steadily increasing demands from clients to do more for less.

These pressures are putting strains on the profitability models of most law firms but are also causing internal tensions as the stars, rainmakers and major contributors in firms themselves become more demanding internally.

The problem is that although equity partners and members are technically self-employed, they have (unlike many true freelancers) traditionally been able to gain some safety and security in their profit sharing by means of a fixed profit sharing element that prevails even when profitability or performance varies.

As last year’s performance is often a major factor in determining this year' compensation, it is usually a while before a major downturn or upturn in a partners performance makes its way into the compensation package. Hence, even in the most meritocratic of performance related systems, partners can remain reasonably confident of receiving a short term level of predictable earnings which will be payable even if their performance fails to keep pace with others this year or next. In the UK and Europe, where some elements of lockstep still exist In many firms, a relatively high level of predetermined compensation acts as a further safety net for lower performers.

More importantly, however, the design of many systems prevents or inhibits the ability of top performers to receive what they consider to be a fair reward for effort that is aligned to their financial contribution. Top partners could be bringing home revenues of (say) ten times the financial contribution of the lowest performers, and yet the system often consistently provides for a much more modest profit sharing differential between highest and lowest earner. It is hard to argue that this is fair.

It will of course be rightly asserted that contributions to a firm's objectives come in many forms and that a balanced scorecard approach should reflect the value of good work, excellent client relationships and successful internal leadership and management efforts, as well as revenue production.

Indeed, if you talk to any major rainmakers in any firm, they will almost invariably express their appreciation for the firm's minders and grinders without whose good efforts the firm could not survive.

Nevertheless, many firm leaders are experiencing big pressure from their stars for the system to be more heavily weighted to their revenue production successes and this often requires rather more than a minor tweak to the firm’s compensation model – a potentially emotive and sensitive issue if It means (as it undoubtedly will) that one person's gain will result in another person's loss.

Experience shows that even minor amendments to a profit sharing scheme can result in partner turbulence, and that major change can become a nightmare project. Yet in these days of increasing partner mobility, the pressure for major changes to the compensation model is likely in many cases to prove overwhelming and is achievable with careful planning. 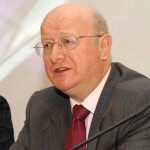 Nick Jarrett-Kerr LL.B is a member of Edge International, a leading global consultancy to law firms.  He is one of the leading UK and international advisers to professional service and law firms world-wide on issues of strategy and all important business issues facing firms today.  .

He is a regular writer and speaker on management and leadership topics.  Prior to becoming a consultant, Nick (who is a solicitor by training) was for eight years the Chief Executive Partner of UK Law Firm Bevan Ashfordduring a period of enormous growth starting in the depths of the 1989-1992 recession.

In the last few years, he has consulted to firms in more than twenty different countries on four different continents

Nick is the author of  two books – Law Firm Strategy – After the Legal Services Act( 2009; Law Society Publishing) and the recent best-selling Special Report Tackling Partner Underperformance in Law Firms (2011Ark Group).Nick has a regular monthly column in Managing Partner magazine, covering issues that are top of the mind for professional service firm leaders. Nick is alsoVisiting Professor at Nottingham Trent University where he leads the strategy modules for the Nottingham Law School MBA strategy modules.