MiFID II has led to profound changes in the functioning of the financial markets in Europe, including regulating markets which previously had little or no supervision (such as the bond, equity derivatives or commodity markets—not to mention carbon emission allowances).

One peculiarity of the MiFID II regime lies in the volume of the regulation—an unprecedented quantity of texts and associated doctrine. While the MiFID I regime consisted only of a directive and two delegated texts, the MiFID II regime is comprised of a directive and a regulation with more than 50 delegated texts. Between the two regimes, the number of provisions has multiplied by ten. With no summary guide or compilation of the MiFID II regime previously available since the entry into force of MiFID II on 3 January 2018, practitioners, legal analysts, and lawyers know all too well how vexing it is to navigate this flow of texts, objectives, and applications.

In view of the importance of the regime for EU financial markets and the huge volume of regulations, the new publication MiFID II: A New Framework for European Financial Markets provides a clear and concise guide to understanding—and complying with—the most complex and wide-ranging reform of European financial regulation in recent times.

The book describes the main changes arising from MiFID II and discusses the most controversial provisions. It also highlights the most significant differences between MiFID I and MiFID II. Without claiming to be exhaustive, it makes accessible a collection of very dense and complex texts which directly or indirectly affect not only most stakeholders in the European financial markets, but also companies issuing securities and investments.

The book’s logical structure enables readers to find information quickly. While it provides practical and concise guidance to the major implications of MiFID II, the key pieces of complex information are summarised in an engaging and readable style.

‘I can only hail the publication of a work which summarises the principal elements of this reform, above all when it is produced by acknowledged professionals. The authors deserve thanks for contributing in such an incisive way to highlighting a dense, complex and decisive reform for the future of European financial markets.’

Brexit and the Third-Country Regime

Two important points should be underlined:

First, when the UK leaves the EU, the UK will treat EU Member States as ‘third countries’ for the purposes of MiFID II (just as the UK will be treated as a third country by EU Member States post-Brexit). The MiFID II third-country regime, which sets out the conditions under which a third-country firm may provide investment services or activities in the EU, is unlikely to apply post-Brexit to financial relations between the UK and the 27 Member States. This would be true not only for US and Asian investment banks which have made London their foothold for providing investment services to all of their European clients, but also for trading venues, and notably the principal multilateral trading facilities operating from the UK.

Second, regardless of the shape Brexit takes, UK-based investment firms will inevitably find their future access to European markets more difficult than they do at present. Any access today is based on the mechanism of the European passport among EEA Member States—after Brexit, the UK will become a third country, and investment firms established in the UK will no longer benefit from the European passport under MiFID II.

The European Commission has blocked all attempts by the UK either to maintain the European passport mechanism, or to create a mutual recognition regime following Brexit. EU institutions and the Member States, aware of the detrimental effect that a ‘Cliff Edge’ Brexit would have on all actors in the financial system, may well end up accepting transitional arrangements and unilateral recognition mechanisms before Brexit takes effect. However, on 15 January 2019 the UK House of Commons rejected the EU-UK Withdrawal Agreement. Since this Withdrawal Agreement provided for a transition period, during which UK firms could continue to benefit from EU passporting rights until the end of 2020, UK-regulated institutions are now confronted with the real possibility of a ‘hard Brexit’ and its effect on their continued access to the EU/EEA financial markets through the European passport.

Another important question following Brexit is how many of the rules under MiFID II will continue to apply to investment firms based in the UK. The European Union (Withdrawal) Act 2018 will primarily preserve EU law (eg MiFID II) in the UK. This would mean that EU laws immediately prior to Brexit will apply in the UK (eg Directives that have already been transposed into UK law and EU Regulations directly applicable in the UK) without needing to be implemented again into UK law. Only changes to correct any ‘deficiency’ will be made under UK law in relation to MiFID II. However, powers given to ESMA under MiFID II will no longer apply in the UK post-Brexit, and references to ESMA will be replaced by the relevant UK authority (the FCA, for example).

E. de Fournoux and P. Laurent of AMAFI (Association française des marchés financiers, France’s representative body for professionals in the securities industry and financial markets) were heavily involved in the drafting and implementation of the MiFID regulations.

To what extent should internal conversations and communications be recorded under MiFID II? A legal and compliance perspective
Banking and Finance | 1 min read

MiFID II: regulating investment firms from the inside out
Banking and Finance | 1 min read 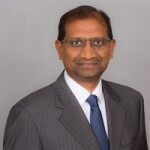 Partner at Spitz Poulle Kannan, Arut Kannan is a leading practitioner in France on legal, regulatory and compliance issues relating to finance, banking, investment fund, derivatives and structured finance transactions. His business-critical regulatory experience and knowledge of both French and multi-jurisdictional forums, as well as his first-hand previous experience in handling inspections and investigations from regulators in France (AMF, ACPR), UK (FCA, Serious Fraud Office) and the US (SEC, Dept. of Justice, US Treasury) remains a hugely valuable asset to the firm’s financial institution clients.