Today marks the historic beginning of a shiny, new regulatory framework for medical devices in Europe; for better or for worse. The Medical Devices Regulation (MDR) repeals and replaces the previous directives and applies in law from today, 26 May 2021, with the In Vitro Diagnostic Regulation (IVDR) to follow next year from 26 May 2022. The new regime ushers in a seismic legal shift in the transparency and processes for how medical devices in the EU will be assessed and monitored throughout their lifecycle, continuing even after they are put into use by patients.

The medical devices industry has been preparing for this change for the last four years since 2017, and it's been a bumpy path to this much-anticipated day. Throughout this time it has been without substantive guidance despite complex transitional provisions, missing criteria for key concepts and badly needed practical examples of how new rules will be used to classify devices differently. Alongside this, there have been Notified Body shortages and significantly increased demand for:

The new regime’s beginning is timely as the Paris Court of Appeal held in favour of victims of PIP breast implants last week—finding the German Notified Body, that certified the sub-standard silicone as safe under the previous directives regime, to be negligent in its duty to protect patients. This breast implant scandal, together with a largescale hip implant scandal resulting in harm to hundreds of thousands of patients in several countries, laid bare the inadequacy of the safety certification system patchily conducted by various Notified Bodies to protect patients, and prompted a complete overhaul of medical device regulation.

Has the UK missed the boat or dodged a bullet?

While some see the new regime as a leap forward for protecting patient safety, device transparency and quality; others fear the system has over-corrected. Their concerns are particularly focused around the MD Regulations imposing an onerous document burden on manufacturers.

Under the previous regime, device authorisation in the EU was faster (eg on average by 12-15 months) than in the US, which is considered the most difficult and slowest device authorisation to obtain. This relative speed encouraged many global companies to launch devices on the EU market first. The first market advantage is likely to be lost under the MDR and IVDR in hopes of improving patient safety.

The question now is whether slowing innovative devices from reaching patients under the MD Regulations—via more stringent obligations on manufacturers and Notified Bodies—strikes the proper balance with the need for more comprehensive safety profiles of devices to protect patients better from harm. Time will tell.

The UK, barring Northern Ireland, is in a unique position. The MDR was delayed a year due to the pandemic, causing its application to begin after the expiry of the Brexit transition period. As such, the previous regime under the medical device directives remains in force in the UK through enacting UK legislation pending review, except for Northern Ireland where the MDR now applies. The UK had been on the path of aligning with the MDR which it expected to automatically become law in 2020. The postponement of the MDR means the UK now has a decision, whether to converge or to diverge from the new EU regime.

The UK could choose to mirror the EU regulatory system, or follow a more centralised system like in the US. Change, however, is needed, but the UK can now watch and learn from the fallout of implementing the ambitious new EU regime. The UK might be amoung the last to implement reforms, but it could also be the wisest in how it achieves them.

How to make sense of it all?

LexisPSL Life Sciences offers a seminal suite of authoritative practice notes on the application of the new MD Regulations produced in collaboration with industry expert Alison Dennis, Partner, International Co-head Life Sciences and Healthcare at Taylor Wessing. Find everything you need to know in:

These practice notes demystify the key MDR and IVDR provisions, explain how it differs from before and interweaves tips and insights into what compliance really means in practice for the various economic operators in the industry and the legal practitioners advising them.

Should you be feeling nostalgic for the previous directives regime or just confused about the UK position post-Brexit then look no further than LexisPSL Life Sciences for clarification: 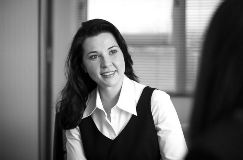