The legal industry has to date been characterised by an increasingly large number of firms competing in a saturated marketplace. The number of firms is quite different to many classic markets which are dominated by two or three large firms. The industry also differs from most in its broadly passive approach to branding – partners in law firms are adept at managing and building their own personal brands but this juxtaposes with the efforts made by the over-arching firm, which can sometimes sit behind the personal brands of the big personalities within them.

It isn’t as though the idea of branding is an alien concept to lawyers – IP lawyers in particular are adept at battling it out in the courtroom to protect their clients’ brands from infringements, yet this IP expertise does not always extend to how they treat their own firm’s brand.

Despite this, many law firms have strong brands, often thriving within their niche. For example, Olswang is known for its entertainment focus and Farrers for its work with the HNW community. The problem that these firms face is communicating this to a wider audience and capitalising on their brand value and unique selling point – branding needs to be optimised and communicated to a wider audience if firms want to compete with the big brands.

If legal firms are not taking the time to understand their brand, it is perhaps unsurprising that a recent YouGov report found that the public opinion of the industry is poor – just 47% of the English and Welsh general public trust lawyers to tell the truth, with the Legal Services Panel stating customers are not satisfied with many areas of service. With consumer complaints about communications, timelines and “value for money”, law firms need to take a serious look at how they present themselves in the public domain. Brands are a “promise of what to expect” and allow firms to connect with consumers to build trust and loyalty; such results are indicative of a lack of branding and therefore client trust.

Whilst the competition from ABSs was never going to be an overnight change, the change of focus from individual lawyers to brands has started to come into effect, and those firms that do not keep up will end up losing out.

A case in point is the Co-operative Group, pioneers of the scheme and granted an ABS license in 2006 – they are now one of the UK’s top 100 firms by turnover. The Co-operative Group is a trusted UK brand, and its efforts to deliver a strong and consistent brand message to its consumers in different market segments have no doubt boosted its legal services offering. I advise legal firms to take note – strong brands entering a market with fragmented competition pose a real threat.

Another threat to law firms in the UK is the increasing amount of M&A activity dominating the sector in the creation of global law firms. The legal industry has been slower to respond to this trend than other financial services firms, with it being commonplace in service-based industries in recent years. However, the legal landscape is now gripped by “merger mania’”, with 22% of firms completing a merger in the last six months and 80% considering it a possibility.

An example of such a transaction is the “mega-merger” of the UK and US arms of SNR Denton with Parisian Salans and Canadian Raser Milner Casgrain. The resulting law firm is said to be capable of winning work from the magic circle. Unlike previous mergers that have taken place in the marketplace, instead of stringing the names of the firms onto one another to create “SNR Denton Salans Raser Milner Casgrain” the merged firms are re-branding to become “Dentons”; a more palatable name. There has also been a lot of merger activity in Scotland as firms join forces to give them greater economies of scale and competitive edge. Mergers create an opportunity to re-evaluate the overarching brand and savvy firms will do so as part of the merger process.

With high levels of uncertainty and change, legal firms should be looking to their brands to secure their futures. Many law firms have a good basis on which to build and grow their brand; it is a case of reframing their ideologies surrounding marketing and brand management. In many cases, M&A may pose an opportunity to rethink how brands are managed and communicated to the public, and give firms a chance to freshen up and modernise their branding by focusing on key messages and attributes. 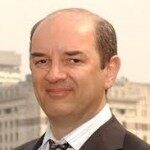 Thayne worked for Arthur Andersen for six years, and then at Brand Finance for a year, prior to becoming a founder shareholder director of Intangible Business Limited. Whilst at Arthur Andersen, Thayne was one of the key intellectual property specialists in the UK practice, for example he was the UK representative on the global steering committee responsible for developing international training and best practice in valuations.

Thayne’s strategy, valuation and forensic accounting work has covered brands, other intangible assets such as software, patents, copyright and databases as well as businesses and shares. He has carried out 100s of such advisory projects over the last 25 years. These have been required across a wide range of industry sectors both in the UK and international markets for a variety of business reasons, such as strategy, sale or purchase, business re-organisation or dispute resolution.