Lawyer confidence is up. Should it be?

Lawyer confidence is up. Should it be?

When the prime minister returned from the G20 meeting in Australia, he said in his speech to Parliament that "red warning lights are once again flashing on the dashboard of the global economy”. He highlighted the weak growth in Europe, the slowdown in parts of Asia, and the fact that world trade is not developing as fast as it should. Of course, he reminded everyone that the UK economy was “leading the pack” in its own performance.

So, what does this mean for UK law firms?

Well, coincidently on the same day as Mr Cameron’s speech, Smith & Williamson released the results of its 20th Annual Law Firm Survey and, on the surface, this survey is bullish about the sector’s prospects.

When respondents were asked how confident they were about the business outlook for the legal sector over the coming year, 96% said they were, with 15% saying they were “very confident”. The overall level of confidence was up 14 percentage points from 2013, and was at the highest level since 2006 when 98% of respondents said they were confident in the future.

However, delve a bit deeper into the results and there are warning signs that the market has concerns about the prospects of a return to the heydays of pre-2008, before the financial crisis and the recession.

In a market where there are still too many lawyers chasing too little work, and where during the course of the recession clients have learnt how to drive a hard bargain with their lawyers, it is little surprise to find price competition rampant. In fact, pressure on fees is now the single greatest challenge for firms being cited by 44% of respondents.

This increased competition is in turn forcing firms to re-evaluate the contribution made by their partners. If these are not capable of meeting their targets in terms of billings and margins, many are being routinely being shown the door in a way that was unimaginable just ten years ago. In fact, the Smith & Williamson survey reveals that 24% of respondents said their firm had de-equitised partners in this way in the last year.

So, the red warning lights may not yet be flashing on the dashboards of most UK law firms, but the amber ones certainly are for many. 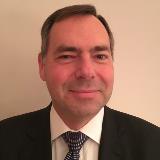 Kevin Wheeler has been advising professional services firms on all aspects of marketing and business development for more than 30 years. As a consultant he helps firms to manage and grow their key clients as well as to win new ones. As a Meyler Campbell qualified coach he works with partners and those approaching partnership to improve their BD skills.