Law Society president on diversity: ‘We need to move beyond a tick box approach’

Law Society president on diversity: ‘We need to move beyond a tick box approach’

In its almost 200-year history, I. Stephanie Boyce is the Law Society’s first Black office holder and the first president of colour – a huge step forward for diversity and inclusion in the legal sector. But when joining Boyce on a video call to discuss the very timely topic of diversity, she was quick to make one thing very clear.

“Just because I got to the top doesn't suggest that the problem is solved,” she says. “There is much more to be done.”

The Law Society’s Race for Inclusion report, which was published in December 2020, sheds some light on what exactly needs to be done. As of July 2019, almost a fifth (17.5%) of practising solicitors in England and Wales are from Black, Asian and minority ethnic backgrounds, the report found – but this figure drops down to only 6.5% when looking at the largest law firms.

The report also found ethnic minority solicitors working full-time clocked up an average of one and a half hours more per week than their white counterparts and earned approximately 25% less per hour.

Progress has been made at entry level, Boyce points out, with some 41% of those studying law as their first degree coming from Black, Asian and minority ethnic backgrounds. “But there is a considerable drop in ethnic diversity as you move on to training contracts, and indeed as you enter the profession and move up into the senior runs of the profession.”

“It's my intention to leave the legal profession more diverse and inclusive than the one I entered, but it’s absolutely clear to me that there must be a shared ambition with each and every one of us playing our part,” says Boyce – a clear message to the 200,000 or so solicitors who are part of the Law Society.

Diversity is integral to the Rule of Law

George Floyd's death and the recent Black Lives Matter protests brought systemic racism and inequality front and centre across all aspects of society – and the legal profession is no exception.

It is prudent that the legal profession investigates, listens and identifies actions it needs to take to build a more inclusive profession, says Boyce.

“There is a wide body of evidence that shows diverse teams working in an inclusive culture are better at solving complex problems, but there is also a moral imperative that the legal profession upholds the Rule of Law for everyone. We live in a diverse society and the legal profession must reflect the diversity of the communities it seeks to serve to gain trust and respond to all sections of society.”

Boyce and her team at the Law Society are looking to challenge systemic racism across the sector.

“The Law Society and the solicitors’ profession strives to ensure access to justice, equality for all under the law, and to promote the Rule of Law. Racism and all forms of discrimination and prejudice have no place in our justice system or in any other aspects of society.”

But key to removing unconscious or implicit bias in our culture, policies or processes is acknowledging that it exists, says Boyce.

“You can't have diversity without inclusion,” she says. “There's no point giving individuals a seat at the table if you don't allow their voices to be heard.”

Many prominent law firms and other organisations like the Big Four accounting firms are making efforts to increase diversity and inclusion internally, including publishing diversity targets, developing allyships and networks, establishing reverse mentoring programmes for senior staff, and creating visible champions at board level.

“Publishing targets is one thing – and an important step in being transparent and accountable for progress because it's there for everyone to see – but as many firms and organisations who have been working to improve diversity and inclusion will know, a strategy and action must back it up to achieve those targets.”

Instead, organisations should treat diversity as they would any other business challenge, says Boyce.

“Plan, deliver, evaluate impact and learn,” she says. “To improve outcomes, we need to move beyond the tick box approach.”

“Ensuring that there is buy in and accountability at senior level, transparency around data and setting targets like key performance indicators can help create the focus and sustained action that is needed across the business.”

Boyce also recommends assessing your culture – the breakdown of findings by ethnicity can be helpful as a way of identifying issues and monitoring progress.

“Look at how work is allocated across the business and amongst your more diverse colleagues. That can also be a valuable indicator of how inclusive an organisation is, because people tend, especially when pressured, to assign work to those they feel the most comfortable with, rather than continuously attempting to allocate work evenly and equitably.”

Black, Asian and minority ethnic solicitors need to be supported throughout their careers to ensure they make the progression that they want to, and are properly welcomed and supported, says Boyce, referencing a popular quote from the well-known inclusion and cultural strategist Vernā Myers: “Diversity is being invited to the party, and inclusion is being asked to dance.”

The aforementioned Race for Inclusion report also found ethnic minority employees are more likely to leave law firms to set up their own firms or go in-house.

“Law firms are more likely to lose Black, Asian and minority ethnic solicitors at an earlier stage in their careers. Many move in-house as there is more flexibility and a more inclusive environment,” says Boyce, who made the same move from law firm to in-house earlier on in her career.

“This can be countered by holding focus groups or listening sessions and responding to issues that arise, making changes and seeking further feedback.”

Boyce also pointed out that diversity and inclusion shouldn’t be the sole responsibility of minority employees.

“It's important to engage and listen to your ethnic minority colleagues, employees and partners to give them the ability to feed into the process, but do not rely on them or their voluntary, unpaid efforts to execute your strategy.”

This will only hinder individuals’ progression of opportunity as it takes time away from their billable hours, she says.

“Everyone needs to take responsibility for diversity,” says Boyce, as it brings with it benefits that will impact the entire business. 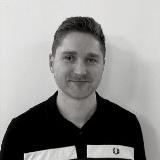