Innovation for innovation’s sake, or will new technology make a real impact on litigation?

Innovation for innovation’s sake, or will new technology make a real impact on litigation?

Those of us growing up in the 1980s were all too aware of the dangers of machines thanks predominantly to Arnold Schwarzenegger's efforts in the Terminator films to prevent Skynet (the fictional AI software) becoming self-aware and enslaving the human race on judgement day. Thankfully, judgement day (which in the films was 29 August 1997) has long since passed without incident and although we are all slaves to smartphones and watches, Siri is yet to rise up against us preferring instead to benevolently suggest the best route home each day.

In the legal sector, the proper use of advances in technology and AI is allowing lawyers to provide clients with a better service. With law firms spending millions on case management software, there is increased pressure on courts to embrace technology and use it to its full potential. In Scotland, our courts are continuing to develop better technology for the benefit of lawyers and clients alike and it is important that they continue to make improvements in that regard in order to maintain their position as the first port of call for dispute resolution.  Technology must always make court work easier or we may  see lawyers increasingly turning to other forms of dispute resolution such as arbitration or mediation. For

Best practice: Tips for getting the most out of your legal research
In-House | 5 min read 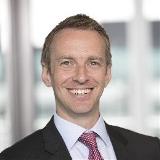 Richard has practised as a commercial litigator for over 15 years and in that time has represented some of Scotland's leading businesses, individuals and public sector organisations in disputed matters. Richard has been praised by clients for his "clear, straightforward and sensible" legal advice (Chambers) and for his "ability to manage complex insolvency litigation" (Legal 500). He is a member of the Professional Negligence Lawyers' Association, is a solicitor-advocate and the lead commercial litigation tutor on the Diploma in Legal Practice at the University of Edinburgh.

Richard is recognised by The Legal 500 as an expert in intellectual property, commercial litigation and insolvency and corporate recovery.