Last Monday in Las Vegas, Scott Klososky gave the opening keynote of the 2013 International Legal Technology Association Conference. In his talk he touched on a number of issues relating to the future of technology and law firms, but there was one point I felt he did not quite emphasise as strongly as he should have. He talked about inflection points within industries and how they conform to a common pattern. The industry leaders are on top of the world, making money hand over fist, when a competitor with a new business model appears on the horizon. The leaders can see their competitors, they are aware of the new business model, but as long as they are making money, they do not believe they need to act. After all, they think to themselves, this competitor is not providing the exact same service that I am, they are merely a niche provider providing a niche service. Invariably the market leader is absolutely correct, until they are not. They continue making money right up until they do not.

Klososky gave several examples that are familiar to most of us: Blockbuster and Netflix; Bar 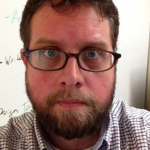