How women at the bar can rise to high court positions

How women at the bar can rise to high court positions

The centennial anniversary of women’s entry into the legal profession—through the introduction of the Sex Disqualification (Removal) Act 1919—was marked by the Bar Council and Crown Prosecution Service’s (CPS) ‘100 Years of Women in Law’ event on 24 September 2019.

A panel of speakers from across the legal sector, including Lady Justice Nicola Davies DBE, judge of the Court of Appeal of England and Wales, and Amanda Pinto QC, chair-elect of the Bar Council and barrister at 33 Chancery Lane, praised female lawyers, judges and other professionals in what they have achieved over the last 100 years, yet said ‘progress has been made, but nowhere near as swiftly as we would hope for’ and more needs to be done to help women rise to positions in the higher courts.

The panel highlighted the continued ‘pigeon-holing’ of women into certain specialisms and inconsistent application of parental leave policies as key challenges faced by women in the legal profession today. Close, honest relationships with clerks and a ‘can do’ attitude are mentioned as key methods for overcoming these boundaries.

Why progress is so slow

Pinto opened the event by acknowledging how far women at the bar have come in the legal profession, but calling it a ‘slow progress’, citing that in 1970, there were still only 147 female members at the Bar and that she is only the fourth woman to take her position as chair of the bar in 125 years.

The main reasons she gave for this were:

• ‘[s]omeone has to do it! Individuals are crucial to change – each person, whether woman or man, whatever their background and beliefs – with the courage to challenge and change norms, shapes a different future for everyone’

• ‘the more individuals there are changing what ‘normal’ looks like, the better!’ Speaking as keynote speaker, Davies LJ discussed how in 1992 she found herself one of only seven women at the bar to take silk, bringing the total number of women to ever achieve it at that time to 40. Even now, she said not enough women are rising up to partner positions ‘in the really big city firms’ and laid some of the blame on clerks who were ‘not being broad minded enough’ when allocating work.

She asked ‘[w]hy is there still a perception that sexual crime is work for women’ and criticised that women are still ‘being pigeon-holed to do crime and family’ because it is seen as ‘women’s work’. This, she argued, leaves areas such as criminal and civil fraud ‘dominated by men’.

To combat this, she said a close, open relationship with one’s clerk is ‘imperative’ to ensure one’s goals are met and a woman is gaining access to the cases she wants. Equally, however she reminds women lawyers to take the opportunities that come along, giving women two key pieces of advice:

• ‘women are not always the best at believing in ourselves. […] Chaps are infinitely better at faking confidence. Fake it. And put on a front’

• ‘when an opportunity comes along, take it’

The panel—which comprised of Deanna Heer, junior treasury counsel and barrister at 5 Pump Court, Charlotte Atherton, barrister at Exchange Chambers, HHJ Anuja Dhir QC, who sits at the Old Bailey, and Coco Keene, senior crown prosecutor, Laura Tams, legal services team manager, Sue Hemming, director of legal services, all at the CPS—raised the point that, while women are underrepresented in higher courts, they are represented far more equally at district and Tribunal level. Davies LJ explained this in that the lower courts offered more opportunity to work from home and flexible working hours, which were ‘more user-friendly’ for women seeking to balance their career within family-planning.

The room was opened up to a question and answer session, during which issues such as facilitating entry of BAME women to the legal profession, increasing pupillage and funding opportunities, and ensuring widespread implementation of paternity leave policies were discussed.

Looking to the future, Pinto assured the room that the Bar Council was looking to increase monitoring work allocation to ensure it is fairly distributed within chambers and that the legal industry must take practical steps—such as equitable briefing, the halting of double shift courts and asking for court listing to take into account caring responsibilities—to be more accommodating and open to women at the bar.

In her own words, ‘[a]lthough progress is speeding up, we must acknowledge that much more needs to be done to achieve gender equality and retention in the legal industry’. 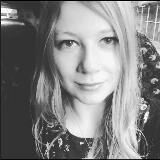 Samantha is a journalist at LexisNexis with over four year's experience in legal publishing. She has a blog, ‘Green Heart’, on which she promotes a plastic-free lifestyle and writes fiction in her spare time, which has been published. She specialises in feature-style and analytical news articles, with a particular interest in environmental law, arts and heritage, and women’s rights.