How will the Liberty Protection Safeguards code of practice impact local authority lawyers?

How will the Liberty Protection Safeguards code of practice impact local authority lawyers?

In our third Local Authority Insight event in association with lawyers and local government, we had the pleasure of welcoming two well-known mental health law experts to share their thoughts on the Deprivation of Liberty Safeguards – Alex Ruck Keene and Emma Harrison.

Alex Ruck Keene is a barrister, writer, educator and, more recently, a broadcaster. He practices from 39 Essex Chambers and specialises in mental capacity and mental health law and practice. He is joined by Emma Harrison, a senior solicitor that specialises in adult social care and code of protection work at Devon County Council.

Here’s some of the pressing topics they discussed:

When will the Liberty Protection Safeguards (LPS) code of practice be released?

Emma kicked off the discussion by asking Alex what was on everyone’s minds.

“Where’s the code of practice?” she asked, referring to the much-anticipated Liberty Protection Safeguards (LPS) code of practice. “I know a lot of my colleagues were expecting it during the summer, but there’s no sign of it yet.”

Alex said the publication date keeps getting pushed back. “I don’t know is the short answer,” he replied, revealing that he was heavily involved in drawing up revisions to the main body of the Mental Capacity Act (MCA), but doesn’t have a direct line into government in order to relay things backwards and forwards.

“I’ve given up suggesting it’s going to be imminent.” he said.

Will there be a Liberty Protection Safeguards (LPS) definition?

Next up on Emma’s list of questions was if Alex believes there’s going to be a definition for deprivation of liberty in the code of practice.

“There’s a whole chapter on it”, said Alex. “It’s going to be far more reflective of a much greater understanding of what the concept is than the last DoLS [Deprivation of Liberty Safeguards] attempt.”

But Alex said that there won’t be a statutory definition in order to enable the code to be kept under review.

Despite it being the 15th year since the Mental Capacity Act came into place, Alex highlighted that there’s never been an update to the MCA code.

What should local government lawyers expect from the LPS?

“Is there anything local government lawyers should be looking for when the code of practice is published?” asked Emma.

There should be some expectation management, Alex said, addressing the misconception that you can’t do anything until the code of practice comes out. “The code can set down broad overviews and bring the law to life. But it can’t make up the law, and it won’t set down operational protocol.”

“There’s no way that the code could set down “This is how you do your job” – instead, it will be more like that “The government expects that X”,” he said.

He also highlighted that local government lawyers should not expect the government to outline any statutory timeframes in order to enact the LPS, but government will want to give a steer.

Qualifications will become mandatory for practitioners

Another focus will be on the qualifications of social workers and mental health practitioners, pointing out that while you might have people who are really good at what they do, the government is trying to mainstream the need for qualifications.

As a result, local and health authorities will need to think about the biggest challenges they’re up against, such as budgets and resources, he said.

Emma pointed out that while budget is concerning, it’s not just about money. “One of the concerns we have is about introducing advanced mental capacity practitioners and where are they going to come from,” she said, noting that the whole of England has a lack of social workers at present, and with the new qualifications, this is going to be challenging to find and train people who can and want to do this work.

Emma pointed out that local government lawyers are no longer going to have to do the Re X procedures. She then went on to ask Alex if the judges dealing with Re X were always Court of Protection judges.

When the government thought Re X cases were going to come in the hundreds of thousands, they did a kind of “crash course” for judges sitting in tribunals, said Alex. “They were technically nominated judges by the Court of Protection by the time they were overhearing a Re X case, but their background wasn’t necessarily in Re X.”

He pointed out that this is most likely no longer the case. “I think the judges that hear them now are all COP judges with COP backgrounds.”

Will the LPS be less fearsome for families?

Emma also touched on the impact court proceedings have on families. “Even if it doesn’t come to an actual hearing and it’s just proceedings, the family members, especially the ones with 16 or 17 year olds, are quite concerned about being put through court proceedings.”

Addressing the decision-making process behind the naming of the code of practice, Alex said it was the name they hated least out of all the names suggested.

One camp says the word deprivation frightens people, while another camp says call a spade a spade, he said.

Will the LPS create a postcode lottery?

Another issue that came up was that LPS might create a postcode lottery in terms of quality of practice.

Alex mentioned the case of Steven Neary. Although the case is more than ten years’ old, the Borough of Hillingdon are having to make repeated applications to the Court of Protection in respect of Steven because he’s been deprived of his liberty.

“We’ve got to have safeguards in place,” said Alex.

“There’s a real open question – if there’s reason to believe the person doesn’t want to be there, it’s how you make sure people don’t get the lighter touch scrutiny.”

We’re taking a very hard-edged approach to what the law actually requires,” he added.

Can LPS be used to remove children from their parents?

“When dealing with cases related to 16 and 17 year olds, will the courts be able to authorise under inherent jurisdictions, or will they be expected to issue 21 ZAs during family proceedings?” asked Emma.

Alex said there’s a chapter in the Covid practice about 16 and 17 year olds that is worth reading.

He also mentioned that: “LPS can never be an additional power to remove,” he said. “If you’re looking to remove a child from the care of its parents, that is not LPS.” You will need to prove that the child has been deprived of their liberty in addition, he said.

How will LPS impact legal aid?

“With LPS in place, the government has committed to non-means tested legal aid that all section 21ZA challenges against authorisations,” he said, saying you should keep an eye out for what happens in the gap between trigger being pulled and the authorisation process being completed.

Emma went on to ask if the work of ALRs increase.

If you’re a local authority lawyer, make yourself familiar with ALRs, said Alex. “There’s a panel of people who are approved and who can act directly for P.”

If someone is unhappy, and needs a competent lawyer to help, that is exactly what ALRs are for, said Alex, who went on to say that’s there’s a noticeable uptick in the demand for ALRs, and they’re very useful for local authorities.

Emma agreed that dealing with an ALR is often a lot quicker and easier to deal with.

That was some of the many pressing questions asked and answered during our panel discussion.

We’d like to say a big thank you to Emma Harrison and Alex Ruck Keene for a very lively discussion about the upcoming LPS code of practice.

Should the public sector use legal automation technology to cut costs?
Future of Law | 5 min read 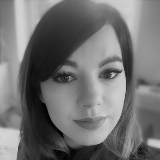 Thea executes the campaign strategy for the small law and public sector segments for LexisNexis UK, producing content for thought leadership and marketing campaigns. She is a qualified marketer with a degree from St. Mary's University in Media Arts and has a demonstrated history working across legal and consumer products.