How to beat blocks and leverage your secret mind

How to beat blocks and leverage your secret mind

For over a decade my niche area of expertise has been working with executives, teams and organisations to substantially improve behavioural performance. From that experience I know that the single most powerful accelerator or limiter to performance is Blocks. The first blog covered what Blocks are and their importance to performance. Here we are going to go into the detail of how they affect individuals, why they are important to eliminate, and how to eliminate them.

The reason Blocks are so powerful is because they usually have a far reaching influence on our lives. So, for example, a fear of failure or of rejection may affect many work scenarios as well as personal situations. Indeed a fear of failure is one of the biggest drivers for exceptional performance because no matter what is achieved it’s never enough.

So why is it important to eliminate Blocks if they can sometimes accelerate performance?

Partners, as other clever people, will find ways of coping with Blocks. Their effectiveness will vary, some Blocks may have a relatively straightforward work around, others are more like a pressure cooker needing substantial energy to keep in check. Equally, performance driven by Blocks is usually inconsistent over time or across the different areas of one’s life. It’s also important to bear in mind that negative emotions have been associated with illnesses, for example, anger with heart problems. So even though Blocks may create an insatiable appetite which can bring substantial behavioural performance, there are likely to be long-term consequences. What’s more, experiencing Blocks can be disconcerting because we seemingly have no control – emotions or thoughts just pop-up, it’s like someone or something else takes over and effort is needed to get back on track.

So how do we get that control?

How will legal tech and AI impact the workplace?
Future of Law | 1 min read

10 future of law reads to help start your year right
Future of Law | 4 min read
Register for free to access this article and thousands of others like it.
RELX (UK) Limited, trading as LexisNexis, and our LexisNexis Legal & Professional group companies will contact you to confirm your email address. You can manage your communication preferences via our Preference Centre. You can learn more about how we handle your personal data and your rights by reviewing our  Privacy Policy. 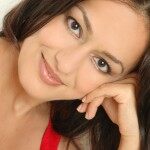 Seven generally works with Partners, CEO’s, MD’s, Directors and Senior Executives on a one-to-one and workshop basis to help transform their performance.

Seven is in demand as an expert in her field and has appeared many times in the national media including being the expert presenter of the Virgin 1 six part documentary series The Naked Office and the coach who assisted Sue Perkins to build her confidence (in only forty five minutes) at a critical point on the BBC Maestro – Sue won.